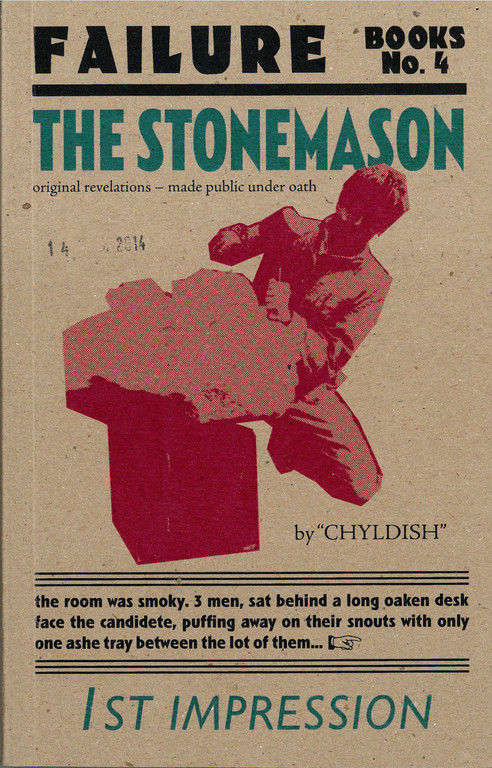 The fifth autobiographical novel, alternatively entitled The Stone Mason, by the dyslexic teenager who left school at 16, failed to get into art college and instead entered Chatham dockyard as an apprentice stonemason. A dark and humorous expose of the human condition, written in the dyslexic hand and dialect of its hero.

After leaving secondary school at age 16, Billy Chyldish worked at the Naval Dockyard in Chatham as an apprentice stonemason. Initially denied an interview to the local art school, he produced hundreds of drawings that gained him entry to St. Martin's School of Art. Chyldish’s defiance to authority led to his eventual expulsion from art school in 1981. Chyldish then embarked on an artistic, odyssey exploring a broad range of worldly themes including war, history, social protest, as well his own experiences of alcoholism, and the sexual abuse he suffered as a child.

During the book launch, L-13 art space showed an exhibition of drawings from the Tea Huts of Hell that were made by Chyldish whilst an apprentice stonemason in 1976 and gained him entry to art college; a couple of stone sculptures (in progress); the first carved by Chyldish since his apprenticeship and a small selection of recent paintings.