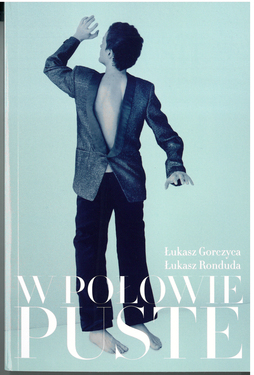 W Polowie Puste is a literary, critical and artistic experiment focused on the life and work of outstanding Polish artist Oskar Dawicki. Instead of a conventional monographic catalog about the artist's work, the authors (Łukasz Gorczyca: founder of Raster Gallery in Warsaw; Łukasz Ronduda: curator of the Museum of Modern Art in Warsaw; and Oskar Dawicki, visual artist) created a novel as a form of role-playing, which retains the value of a research project. The narrative is based on motifs drawn from the art and life Dawicki, presenting them in a broader historical drama background. At the same time, by placing in the text numerous and extensive footnotes the authors create a kind of metanarrative rich in descriptions of the actual historic and critical-artistic contexts. In this book, the history of recent art reveals its literary nature and myth-making power.

Wishing to publish a book devoted to Oskar Dawicki, the authors quickly realized that a conventional monographic publication may not be an adequate representation of his subversive artistic activity. It would be just a typical institutional sanction of yet another rebel, another radical artist. Instead, they decided to develop a creative experiment: a novel about Oskar Dawicki, written by Łukasz Ronduda, art historian, curator and for a long time collaborator with the artist, and Łukasz Gorczyca, Oskar’s gallerist, is also a test of the new definition of the division of labor and artistic production. The authors radically reduce the safe distance between the artist and the curator or gallery owner, forming in this way a new model of relations within the system of artistic production. Traditional sharp division between the spheres of creativity and critical reflection, creation and promotion, economic production and consumption are blurred. This new model, highly engaging elements of fiction and fantasy is an attempt to find an alternative to the increasingly mercantile and pragmatic strategy to dominate the area of contemporary art and culture. W Polowie Puste is part of a wider project whose central element is a full-length feature film in which Dawicki plays himself, which is currently in preparation. This project, called “Performer” was shown in Art Stations Foundation (Poznan). “Performer” unites art, film and literature, and presents a story about Dawicki as a fictional character. The exhibition included the film set, and also a cinema where visitors could watch fragments of the movie. 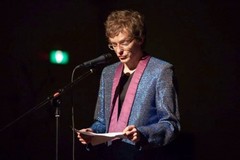