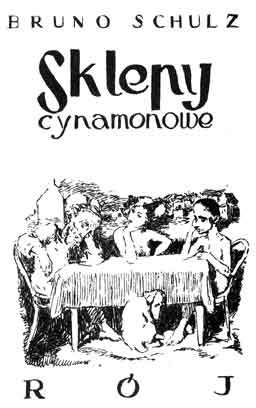 On winter days, the narrator’s father communes with an invisible world that he shares with the family cat. To distract him, his mother arranges to have the family attend the theater. Before the curtain rises, however, the father notices that he has left at home his “wallet containing money and certain most important documents”. The boy is sent home to fetch it. He steps into a clear winter night and soon finds his imagination creating “illusory maps of the apparently familiar districts”. Soon the town dissolves into “the tissue of dreams”.

As with the later Sanatorium Under the Sign of the Hourglass, Schulz supplied illustrations for Cinnamon Shops, though the director of the Rój publishing house, Marian Kister, rejected this extravagance from an unknown debutant. Then, in September, 1939, Rój’s Warsaw offices went up in flames in the Nazi invasion.