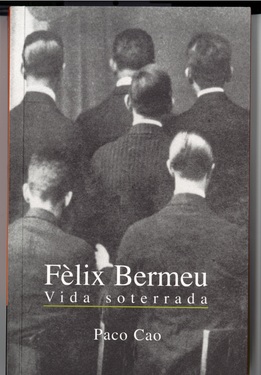 Literary synopsis This book unveils the fascinating life of Fèlix Bermeu (1901–1977), an unorthodox author of important works, particularly in the realm of cinema, born in Terrasa, Spain. A contemporary of the writers who comprised Spain’s “Generation of 1927,” Bermeu was active in Germany’s booming pre–Nazi-era film industry and fraternized with the great names of the international avant-garde. Forced into exile by the Spanish Civil War, he went first to the Caribbean, where he was drawn into the world of the bolero and allowed himself to be seduced by African-influenced dance traditions. He spent the last thirty years of his life in New York, where he assembled the monumental archive on which this book is based. Paco Cao proposed to write, design, and publish the biography of the above-mentioned fictitious character as part of the public art project *Open Processes*. The book is based on historical research about the City of Terrassa (Catalonia, Spain). To create the identity of the character, in addition to written sources, the artist used photographs found at a local archive (Arxiu Tobella). Relation of the novel to the artist’s practice *Fèlix Bermeu. A Hidden Life* establishes a new direction in the work of its author, opening the door to a cycle of narrative explorations in which historical facts and fiction coexist. The 71 minutes film *Dance Poison*, produced between 2006 and 2009, shortly after the publication of the book, follows the same pattern as the book by blurring the boundaries between fiction and reality. At the same time, it explores a topic that was partially analysed in the biography of Fèlix Bermeu: the African-influenced dance traditions in the Caribbean. The book is also linked to prior works. A contest was held as part of the book presentation at the Cervantes Institute in NYC. Audience members were invited to fill out a simple questionnaire about Fèlix Bermeu’s life. The questionnaire was designed to give all participants an equal chance to win, even if they knew nothing about Bermeu. The prize was a trip to the areas of Catalonia where Bermeu spent his formative years. That contest should be considered as a consequence of the book but it is related with a series of contests organized by the artist in prior years. Between 2001 and 2004 Paco Cao set in motion a series of look-alike contests in which the artist digitally recreated historical portraits from the 17th century. The resulting images were used in publicity campaigns to find individuals to enter these look-alike contests culminating in a theatrical event. Contest winners received a trip to the homeland of the original portrait painter and sitter. [Novel website](http://www.pacocao.com/felix-bermeu_a-hidden-life.html)

Produced and directed by Paco Cao. Commissioned by CGAC 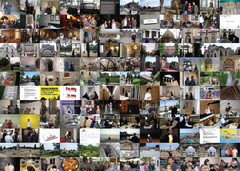 Produced and directed by Paco Cao. Commissioned by CGAC.