This project was set up differently from a classic exhibition; the working method was rather activist, whereby a 'coalition of the willing' shares both the technical feasibility and the substantive focus and implements it step by step.

The decisions were collective, they arose from conversations between the two curators who initiated the project, the collection team of M HKA, the team of the PinchukArtCenter and the Ukrainian artists who participated, in particular the artist duo Yarema Malashchuk and Roman Khimei who strengthened the curatorial team.

A long list of works from the collection of the M HKA/The Flemish Community was weighed on various technical criteria as well as on content; the healing, emancipatory and empowering potential in works from a broad international field, but also how the Ukrainian side estimated to what extent and how this potential could now be active in Kyiv and whether works could enter into a dialogue with the works of Ukrainian artists that were selected independently.

The eventual exhibition is the outcome of testing these relationships; from this testing relevant substantive spheres became clear that imposed themselves in this context. The exhibition leads as a trajectory to the overwhelming topic of the 'Russian War Crimes House' from Davos, which is integrated into the set-up and acts as an anchor to current reality. 'Russian War Crimes' is the end point of the trajectory but also a starting point: the exhibition is aware that it is at the same time also the trajectory that follows up this moment, after seeing it. This theme that is difficult to bear is the inevitable, urgent reference today. It remains continuously present, and is therefore also included in the circulation areas through four photos of destruction of public buildings.

The exhibition opens with a discussion of war situations and the absorption of war by the land, with the key work by Berlinde De Bruyckere (Belgium, 1964), 'In Flanders Fields' that commemorates the First World War, and 'Oh Those Voices' by Jan Cox (Netherlands/Belgium, 1919-1980), who focused his entire life on dealing with the horrors he saw and experienced during the Second World War. On the other hand, there is a special new work by the artist duo Yarema Malashchuk (Ukraine, 1993) and Roman Khimei (Ukraine, 1992), who pose as dead Russian soldiers in five pictorial LED videos. The design critically refers to nineteenth-century romantic art and its attitude, in which both great feelings and death are abstracted.

Following on from this, in a second movement, questions are raised about and global historical awareness of broad movements that direct events. On the one hand, the focus is on Europe (with Adrien Titriaux (Belgium, 1980), Nastio Mosquito (Angola, 1981) with also the question of the relationship between east and west by Babi Badalov (Azerbaijan, 1959). On the other, global ecological and economic questions, with Sheela Gowda (Indies, 1957), Otobong Nkanga (Nigeria, 1974) and Allan Sekula (United States, 1951-2013).Two grisaille paintings by Danylo Galkin (Ukraine, 1985) depict stained glass windows, and those stained glass windows then again - with a knight and a family scene respectively - set battle and life against each other.

The middle layer can be seen as a space of possibility. First, the relationship of man to nature is thematised, with Oleksandr Burlaka (Ukraine, 1982), Nikita Kadan (Ukraine, 1982), Alevtina Kakhidze Ukraine, 1973), and Almagul Menlibayeva (Kazakhstan, 1969). In contrast, the question of the individual position with Barbara Kruger (United States, 1945), Mark Lewis (Canada, 1958) the historical performance works of ORLAN (France, 1947), in dialogue with the Ukrainian artists Vlada Ralko (1969) and Anna Zvyagintseva (1986).

What is it like to be human, in the landscape and as an individual with experienced, physically experienced positioning options?

eThe third part is a psychological space in which a number of dialogues lead to the end point, the overwhelming video in which the artist Oleksii Sai (Ukraine, 1975) processed the flood of images that Ukraine is currently collecting collectively for the International Criminal Court in The Hague. In a first dialogue, the work TREMOR, RUMOUR, HOOVER by Husseyn Alptekin (Turkey, 1957-2007), made in response to the earthquake in Izmir in 1999 and the persistent feeling of insecurity, is linked to a new work by Lesia Khomenko (Ukraine, 1980) which starts from a group photo as they often appear on social media in Ukraine, with soldiers made unrecognizable for security reasons.

In a second dialogue, between hope and reality, the hopeful work by Francis Alÿs from which the exhibition takes its title is contrasted with a negative form of collective action, the apparently poetic work with ink drawings of clouds, actually columns of smoke from burning buildings, by Oleksii Sai who later also signs for the Russian Warcrimes video.

This is followed by a space with the counterpart of the war, life, with on the one hand the emotional image of being together in a bomb shelter by the Ukrainian artist Kinderalbum (Ukraine, 1972) on the other the daily life of a black American in the monumental woodcut by Kerry James Marshall (USA, 1955) and a look back at life in the (post) Soviet era in the cycles of drawings and paintings by Wilhelm Sasnal (Poland, 1972). Sasnal does not leave the war out of the picture in this 20-year-old ensemble with its many secondary lines. The latter drawings are shown in the last exhibition space prior to Russian Warcrimes, in which the relational positioning of 'La Correnspondance' by Luc Tuymans (Belgium, 1958), the existential female position of 'Sacrifice' by Marlène Dumas ((South Africa, 1953) and the sovereign positioning of 'Me Dreaming' by Jan Fabre (Belgium, 1958) is combined with a watercolor by the Ukrainian artist Yevhen Samborsky (Ukraine, 1984), who simply makes the word 'human' appear in a grisaille cloud.

The last three rooms, with gray walls, show the gripping images of Russian war crimes. They are introduced by two elegiac paintings, by Andriy Sagaidakovsky (Ukraine, 1957) and by Jan de Lauré (Belgium, 1978). 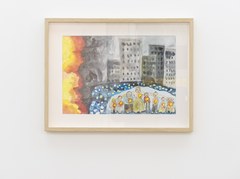 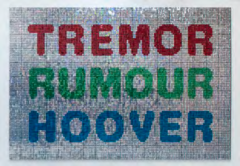 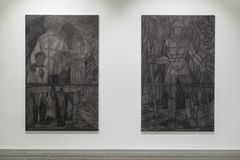 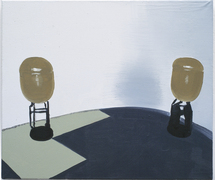 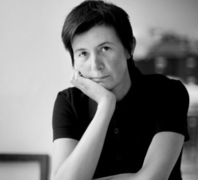 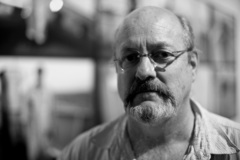 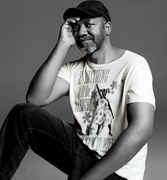 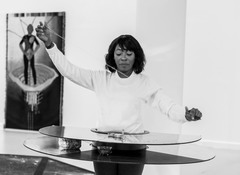