INBOX: Babi Badalov – I am Euromental 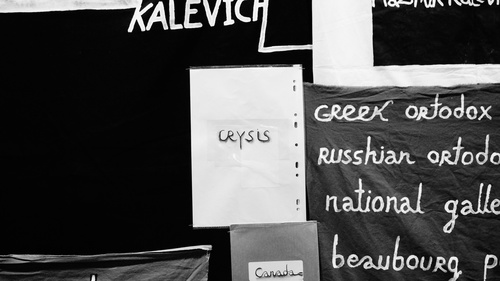 M HKA reserves its fifth floor for surprising interventions and intimate pop-up presentations. INBOX is a place that inspires and surprises, one that offers us a glimpse into the world of passionate thinkers and doers. With INBOX, M HKA literally creates a physical space in which the museum addresses often-recurring questions.

In the periods between the various events, we present a selection of our collection works, with particular attention to video art.

I believe in poetry. Words are strong tools and part of a universal language that is few steps away from an ideal world, because poetry is dialogue. – Babi Badalov, 2015

Babi Badalov is an Azeri artist and poet. After finishing art college in his native country, he left to St. Petersburg in 1980, where he soon became an influential underground artist and a member of the unofficial Association of Experimental Visual Art (TEII). As a visual artist, he expresses his ideas through art objects, paintings, installations and live performances. He also experiments with words and writes improvisational poetry, mixing languages and images of different cultures. Recently, Badalov’s work has been dedicated to linguistic explorations, researching the limits of language and the borders it imposes upon its users.

Badalov's recent work – including the installation produced during the 10 day active period of the Moscow Biennale (22 September until 1 October 2015) – is dedicated to linguistic explorations, associations and words written in the same alphabet as ours, but with different meaning, sound or pronunciation.

The nomad life of an artist (or traveler, migrant, refugee) does not only cause him or her a struggling adaptation period of cultural integration, but can primarily turn him or her into a prisoner of language. Thereby, the artist covers current geo-political topics that echoes his own personal experiences. 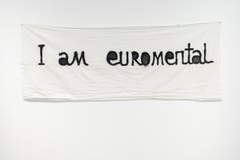 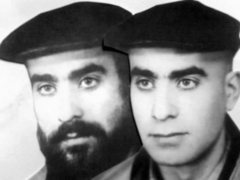