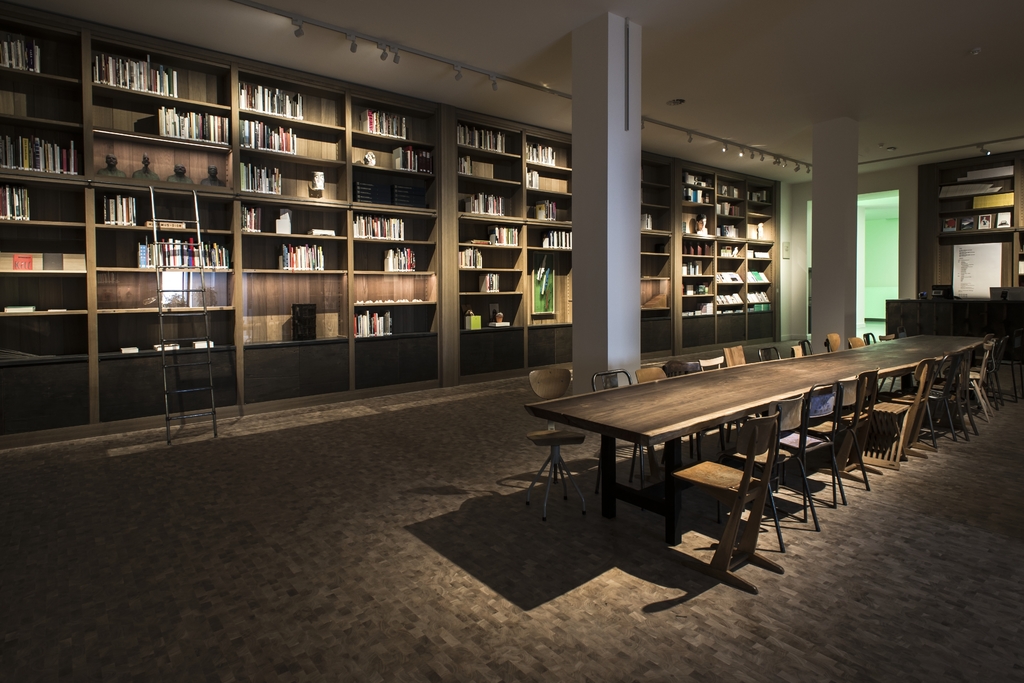 >Ria Pacquée, FROM MY ROTTING BODY, FLOWERS SHALL GROW AND I AM IN THEM AND THAT IS ETERNITY, 2014.Multiple, photo print on barite paper, wooden shelf, flower pot in terra cotta, ground, dymo lettering.

>Alain Arias-Misson, My Other Selves, 2017.Sculpture.