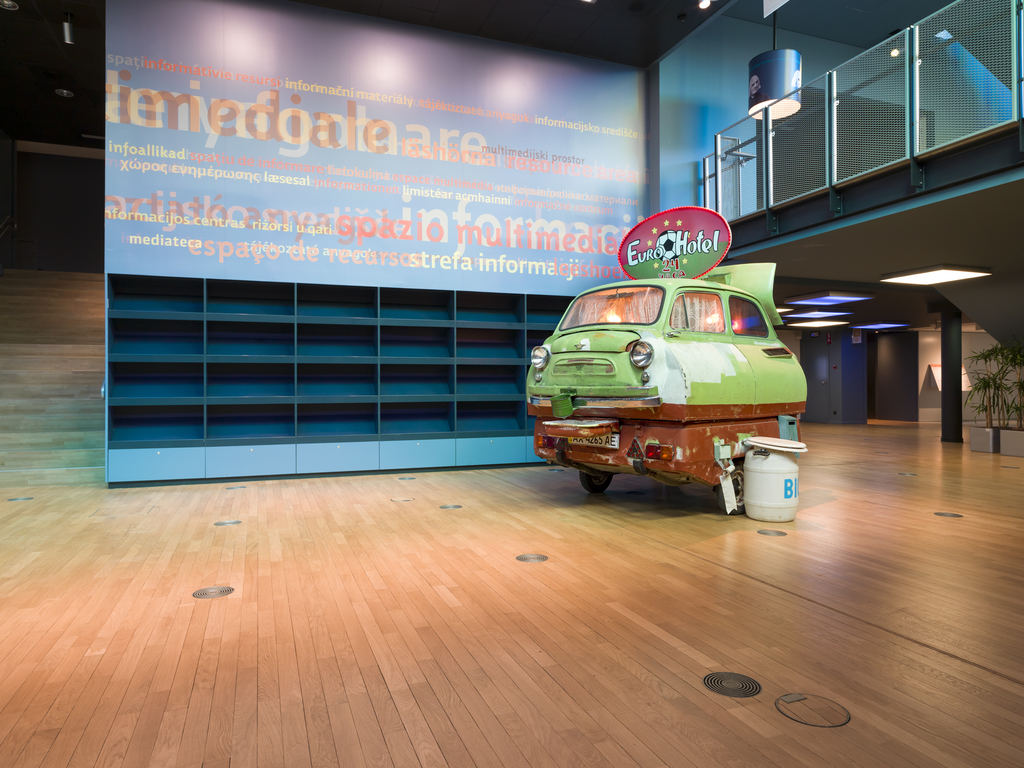 'Europe is an important part of Ukrainian history, just as Ukraine is a part of European history', writes Serhii Plokhii. Let's imagine it.

Let's discover, in the European Parliament, Ukraine, one of the centres of the early avant-garde, now a vital artistic and intellectual scene.

The project space of the Parlamentarium is the ideal location for this endeavour, as it is a space of encounter between the European Parliament and its citizens, whose commitment is essential.

This emergency exhibition is part of a triptych, with other chapters in Bozar and M HKA. They all start from the Ukrainian artists in the collection of the Flemish Community.

Symbolic of the immediacy with which art can respond is the visual diary of Alevtina Kakhidze, who decided to stay in Muzychi, on the outskirts of Kyiv.

The exhibition presents a negotiation between immediacy and a deeper historical  ground. Both realms need witnesses.

On the one hand there is the formative moment of Maidan, as in the photo of Olexandre Burlaka in which water cannons lead up to a rainbow; on the other, the complexity of history, as with the elements of reflection brought together by Nikita Kadan about the territories formerly conquered by Russia.

The present reality – the petrified bread by Zhanna Kadyrova; the common soldier depicted by Lesia Khomenko – is linked to the history of erasures by the Soviet system as evoked by Kadan.

In the series Italian School, Sergey Bratkov confronted children in a youth detention centre with the Christian narrative of an Easter play,  a tradition they are no longer familiar with.

Outside of the exhibition space itself, there's Eurotel, made by Bratkov during the UEFA 2012 European Football Championship: its final was tournament co-hosted by Poland and Ukraine.