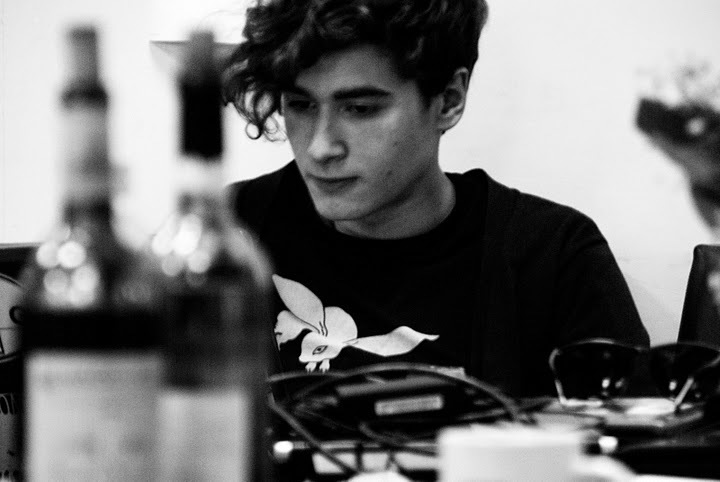 Nikita Kadan (°1982) is a Ukrainian visual artist who is confronted with how he as an artist must form his own socio-political point of view in his native Kyiv. He is forced into this position due to the frenzied and tumultuous political realities of his world. He synthesises a special pictorial capacity with reflections on the unsettling, and above all, violent history of his people, his country and, by extension, the whole of the former Soviet Union.

Kadan, who studies monumental painting at the National Academy of Fine Art in Kyiv, eagerly employs methods that are interdisciplinary and which transcend borders. He draws, paints and creates installations − often collaborating with architects, human rights activists and sociologists, initially collaborating with the artist group R.E.P. - always directing his gaze towards the dark and sinister aspects of the past and how these aspects are handled here and now. Despite there often being no trace of blood-letting, he is still able to depict a host of different forms of oppression, torture and other excesses of misplaced patriotism with razor-sharp focus. Time and again, he questions the extent to which it is possible to make events, in all their complexity, visible.

Kadan doesn't simply rely on historical images, medical manuals and photographs to render the horrors of the past visible − elements which he often integrates in his installations, sometimes painted over or repainted −, but he also draws from images of the daily reality of these places. In this way the question he poses acquires a broader significance for society. Despite the socio-political motives underlying his work, Kadan is, at his essence, a true aesthetic in the classic sense of the word. His drawings also bear witness to a fascination with the human form itself, even when that form is presented in contexts of mutilation, torture, pain and sadism.

Kadan's objective is to show how the atrocities of the past are still visibly present− and tangibly − in the here and now. He not only puts the extent to which he himself struggles with culture, heritage and patriotism on display, but chiefly reveals how the harmful consequences stemming from the abuse of these concepts continues to determine the course of life, and by extension history itself.