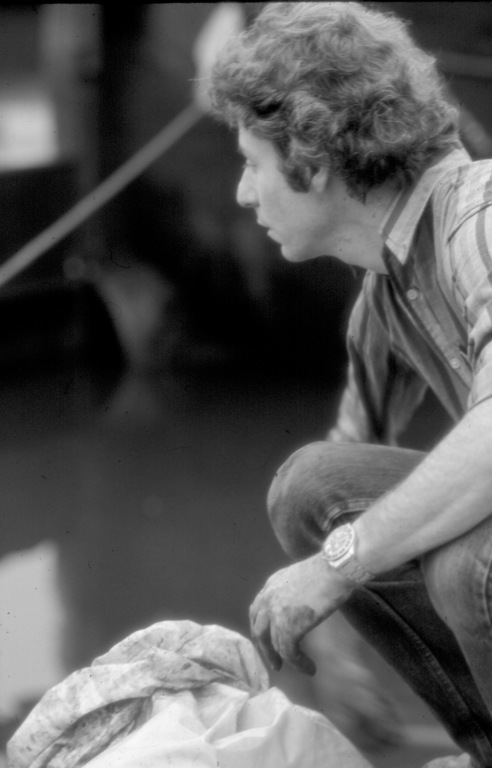 The Argentinian architect Uriburu started his career as a painter, but his interest in environmental issues caused him to move on to performance art and actions as a means of raising awareness. In 1968, he famously colored the Canal Grande in Venice green with a biologically innocuous liquid, which would be the first of many colorings across the globe. With this he raises the alarm about the spreading pollution. He gives his indictment expression in fluorescent green, symbol of wealth, youth and the power of nature. At the same time, this color within Uriburu's actions also symbolizes the ecological movement. Green becomes the color of resistance, of protest. In 1974, the ICC invited Uriburu to do one of his colorings in Antwerp, which eventually took place at the Bonaparte dock.

> Ensemble: Colour and Questions for Antwerp.