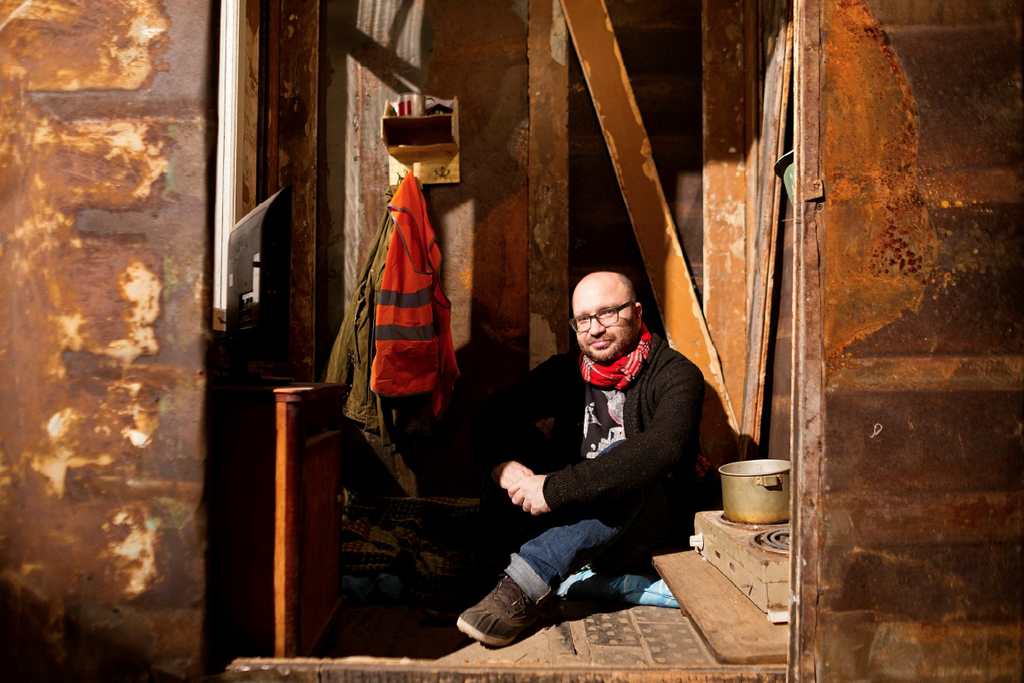 Haim Sokol is an installation, sculpture, and video artist whose practice addresses the dramatic social histories of Russia and Eastern Europe. Though many of his works teeter on the edge of fiction and fantasy, Sokol roots his use of literary allusion in historical reality and the legacy of major 20th century uprisings, revolutions, massacres, and genocides. By compounding the grim realities of urban life with the complexities of exile and socio-political diaspora, Sokol’s works effectively capture experiences of alienation, isolation and disrupted communication.

He has participated in the 2nd Kyiv Biennial named School of Kyiv  (2015), the 1st Indian Biennale (Kochi-Muziris, 2012), the 3rd Moscow Biennale of Contemporary Art (2009), and other exhibitions in Russia and internationally. Sokol is a graduate of the Hebrew University in Jerusalem (1996 BA, 2004 MA) and the Moscow Institute of Contemporary Art (2007), currently he teaches at the Rodchenko School of Photography and Multimedia in Moscow. He is a nominee for Innovation Prize (2008, 2014) and the winner of Special Stella Art Foundation Prize (2009).

>Haim Sokol, In a Sense, I Become Them and They Become Me, 2019.Installation, fabric, acrilyc paint, variable dimensions.