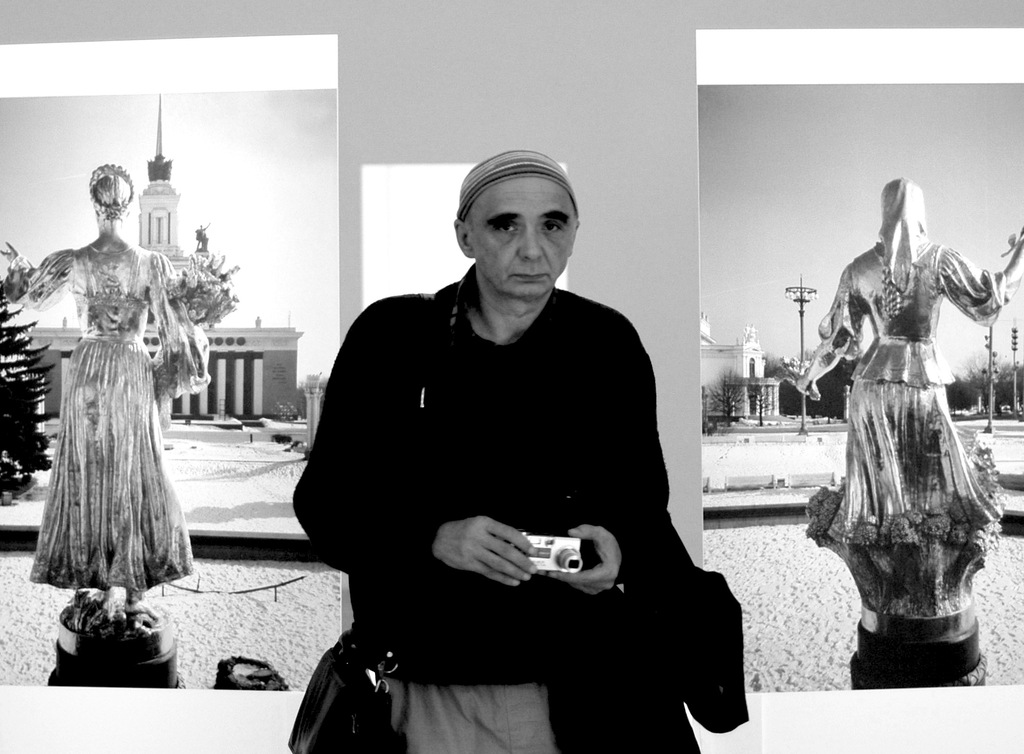 [Andrei Monastyrsky](http://www.conceptualism-moscow.org/page?id=179&lang=en) is one of the most distinguished and influential representatives of Moscow Conceptualism. For most of the seventies, eighties, and nineties, his artist practice revolved around showing and transcending 'true' reality: an alternative to the idyllic reality of Soviet social realism, which was the only art tolerated by the Soviet authorities. Monastyrsky was a pioneering spirit and driving force behind leading Moscow artist association *Collective Actions*, an informal grouping of avant-garde artists who were primarily active in the broad field of conceptually inflected performance art. Participants would meet up at an assigned point to go to the venue. Many of their performances involved aspects of duration and were staged on the outskirts of the Russian capital, often taking place in semi-clandestine locations, the exact coordinates of which were only disclosed and trafficked by word of mouth. These *Collective Actions* were a means with which the Moscow Conceptualists could challenge the monopoly of social realism. Andrey Monastyrsky was born in Petsamo in the Murmansk region in 1949. He graduated from the language and literature department of Moscow State University. Since 1975 he has produced performances, objects, installations, texts, and visual poetry. He has been a member of the *Collective Actions* group since 1976. Editor and compiler of many important editions: first *MANI* (Moscow Archive of the New Art) folder in 1981, he also collected *MANI* texts between 1986 and 1991, and since 1976 has edited *Trips Out of the City* (volumes comprising works by the *Collective Actions* group) and the *Dictionary of Terms of the Moscow Conceptual School* (1998). Andrey Monastyrsky, together with the group *Collective Actions*, will represent Russia the Venice Biennale’s 54th International Art Exhibition. The curator of the pavilion, Boris Groys, a prominent Russian cultural theorist and one of the first researchers of Moscow conceptualism, says that Monastyrsky is more actual today than ever, using the very same approach to art which he developed in the 1970s. [Monastyrsky's texts](http://conceptualism.letov.ru/MONASTYRSKI-TEXTS.htm) [Stella Art Foundation](http://en.safmuseum.org/pages/bio.php?id=36.html)