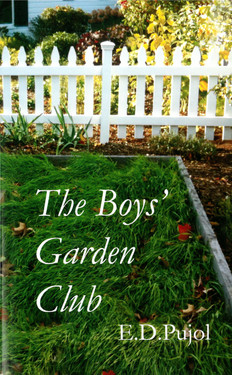 Literary synopsis Boys will be boys… Life in the village of Athens on the Hudson, an American classic, is about to change forever. A descendant of its Dutch founders is starting a garden club that will reap the fruits of its old and new secrets, through a colorful cast of greedy developers warring with entrenched old timers, ruthless real estate agents selling the hot riverfront resort, an incoming stream of forever aspiring artists, histrionic middle-aged gay men collecting Victoriana, and their train of single women friends. *The Boys’ Garden Club* reads like a haunted midsummer night’s dream gone awry but skillfully navigated by a brave Jane Austen-like character; like a cautionary folk tale where a reawakened Rip Van Winkle sings a twenty-first century Yankee ode to dignity before the inexorable passage of time. Relation of the novel to the artist’s practice Ernesto Pujol is a site-specific public performance artist and social choreographer. Therefore, he researches a landscape and a people. He creates their collective portrait in place, seeking to reveal the invisible, in the Jungian sense, the psychic underlay. His first novel was created through the same research methodology, seeking the same portraitist goal. Pujol considers the lead character a performance. Therefore, this work of literary fiction is related to his practice, even as it is also a separate output. Yet, one could not exist without the other. [Novel website](http://www.mcnallyjackson.com/bookmachine/boys-garden-club-pujol) 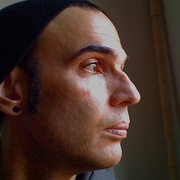