The Jive Talker or How to Get a British Passport 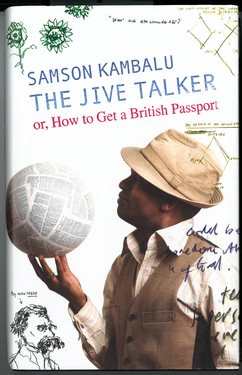 “When London-based conceptual artist Samson Kambalu was eleven, he founded his own religion, Holyballism. Based on sun worship and influenced by Nietzsche, Freud, and Frida Kahlo’s painting Nuclear Sun, the “holy ball” is the religion’s sacred/blasphemous object: a soccer ball plastered with pages ripped from the Bible and kicked about for “exercises and exorcisms.” Kambalu’s memoir, The Jive Talker, is another form of exorcism and exercise, a literary, polyphonic performance of exuberance and delight. The book opens with Kambalu’s father, Aaron. Ambitious and dogmatic, he was a “medical clinical officer” whose postings required the family to relocate frequently. The bathroom was always the room in the house he prized most, and his Diptych—a large two-part bookshelf filled with the complete works of his favorite writer, Nietzsche (“the perfect philosopher for the toilet because of his searing aphoristic style and cold truths”)—was the center of the family home. He loved cutlery even more than food, and after a couple of bottles of Carlsberg Brown beer (which he called jive), he would regale his children with drunken sessions on Nietzsche’s Zarathustra or the “two great European narcotics,” alcoholism and born-again Christianity—hence his nickname, the Jive Talker.” 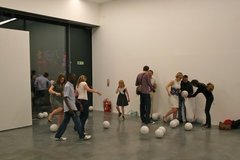 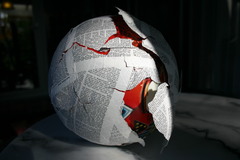 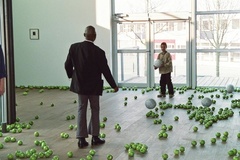 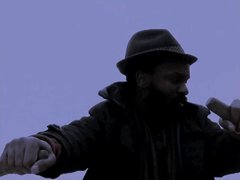