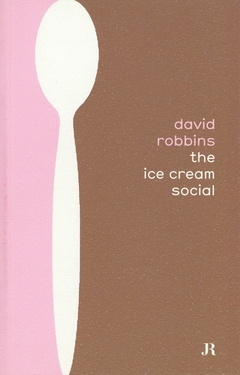 While eating ice cream in a Baskin-Robbins Ice Cream Parlor (an actual ice cream chain originating in the 1950s), Mark Baskin has an ecstatic vision of Americana. Weeks later, at that same location, in a piece of theater involving a painting based on the Baskin-Robbins shops design motif-- pink and brown dots on a white field--he updates the American tradition of the ice cream social for an audience of friends and strangers. In attendance is Trace Weaver, partner in the influential entertainment think-tank Quid Pro Quo. Weaver has her own vision: a TV show, a fusion of talk show, ensemble comedy, and dance party, developing from the ideas packed into Baskin’s theatrical gesture. A production deal is struck between the two, and the last third of the book relates, in meticulous detail, the look, sound, and feel of The Ice Cream Social TV show.

Updating a traditional small-town American social ritual for contemporary audiences, The Ice Cream Social (1993-2008) premiered in a Manhattan Baskin-Robbins Ice Cream shop in 1993, gradually expanding over the next 15 years to include (in Ice Cream Socials in Chicago, Paris, Tokyo, London, Pittsburgh, Des Moines) performance, installation, poetry, painting, a 2002 TV pilot for the Sundance Channel, fridge magnets, ceramic bowls and a novella. The Ice Cream Social project was David Robbins’ bridge out of the narrow concerns of the art context and into a wider, more independent application of imagination. 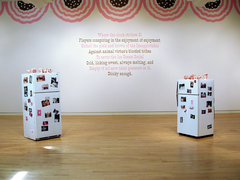 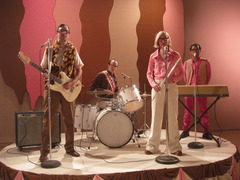 Pop band from The Ice Cream Social TV Pilot for the Sundance Channel, 2002 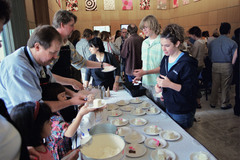