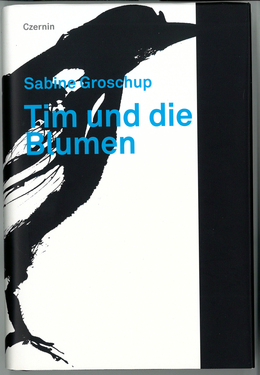 Literary synopsis Tim Minko is an Australian photographer in his mid-30s. He moves from one city to the next with his camera, and from club to club, documenting nightlife. On his way to Berlin, he happens to meet the policeman Giacinto. Against his will, Tim finds himself mixed up in the search for a serial killer. Relation of the novel to the artist’s practice For over 30 years Sabine Groschup has been involved in the arts scene – both actively and passively. It was a logical step for her to set a story in this milieu, to make it a story in the form of a fictional thriller. In Tim und die Blumen, she plays on the one hand with the arrogant self-importance of an artist-photographer who thinks he’s God. In staging his photography, he determines life and death. With another artist-character, on the other hand, she wants to illustrate eternal self-doubt. It was also important to have the gallerist’s figure turn up, the mediator who determines what is good and what is bad. Chance too plays a major role, naturally, in the form of the snapshot that shows things that happen in a moment, without anyone being able to intervene. Captured in a photograph. Everything at times with a humorous touch. In this way, Tim und die Blumen, Sabine Groschup’s third novel, brings various viewpoints about photography and its expressive possibilities into focus. [Novel website](http://www.czernin-verlag.com/buch/tim-und-die-blumen) 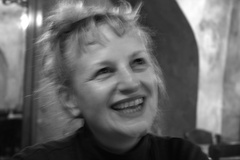