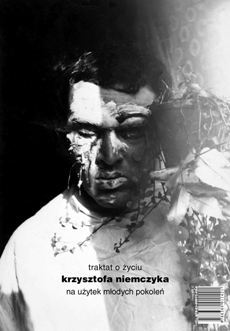 The Courtesan and the Little Chicks is the semi-fantastical story of a professor who wants to use his works and inventions to create a new reality, so he cooperates with the communist regime; however, he cannot cope with his petty bourgeois family, greedy for material goods, who are waiting to grab all his money. Out of vengeance he decides to deprave and destroy some boys who are the offspring of his loathsome relatives, to which end he tries to employ the charms of his now ageing former lover. Rejuvenated by cosmetic surgery and make-up, she turns up at the professor’s house and gets down to work, though the results go much further than the original intentions. The novel is largely based on ideas drawn from Faust, and there are also lots of references to other classic works of nineteenth and twentieth-century literature. In this modern version of Faust the leitmotifs taken from Goethe undergo a disturbing relocation and interpretation, which means that the reader has to make quite an effort to identify the devil in this particular world. In the tale of the courtesan and the little chick-boys, Niemczyk is evidently mythologizing his own life story: the history of a maverick rebelling against the modern decline in moral values.''

Krzysztof Niemczyk began to write in the 1960s. From the twenty narratives he created during that period, only two have been preserved to this day: Tragiczna łąka (Tragic Field) and Chłopczyk rozbijający rodzinę (Boy Breaking up a Family). In the years 1965-1968 he wrote a novel Kurtyzana i pisklęta, czyli Krzywe zwierciadło namiętnego działania albo inaczej Studium chaosu (The Courtesan and the Chicks, or a Crooked Mirror of Passionate Action, or A Study of Chaos), which was not publish until 30 years later. Niemczyk’s character, his uncompromising attitude and resistance to reality, lead modern interpreters to comparisons with the views and practices of the Situationists. In their text Niemczyk’s Situationism, Marcin Hernas and Piotr Marecki, wrote that the artist tried to "revolutionize his own life" calling upon such groundbreaking books as The Society of the Spectacle of Guy Debord and The Revolution of Everyday Life, by Raoul Vaneigem. 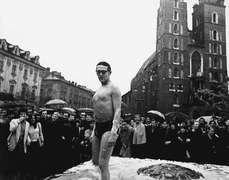