Monastyrsky’s novel Kashirskoe Shosse (Kashirskoe Road) was published as part of the first five volumes of Poezdki za gorod (Trips to the Countryside), where the author describes a psychotic episode from his life.

Kashirskoe Shosse "retells the story of his going mad in 1981 after he finished the action Ten Appearances. The text is regarded as one of the first examples of Russian psychedelic literature, and is also considered to be a point of origin for Moscow Psychedelic Conceptualism." - Octavian Eșanu, Transition in Post Soviet Art, 2009:

"Andrey Monastyrsky is an artist, poet, theoretician of Moscow conceptualism and the leader of the Collective Actions group established in 1976. This book poses a comprehensive collection of descriptions of installations, actions and performances by the group, from 1976 to 1989. Monastyrsky wrote to the Committee of the Andrey Bely award: “Each act is supported by a variety of descriptive, narrative and discursive texts. Therefore our acts can be considered literary and poetic events”." - Ad Marginem Press, Moscow. 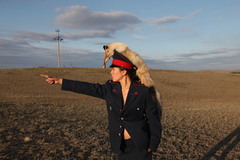 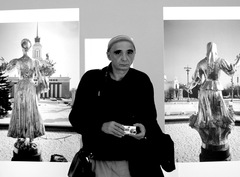