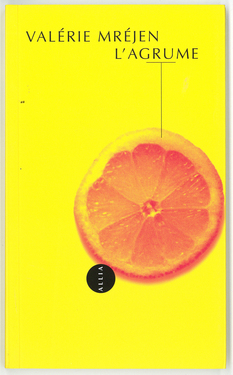 Literary synopsis If *Mon Grand-Père* made some discreet ripples in the tub that is the French literary world, then Mrejen’s second novel *L´Agrume* got the bathroom floor considerably wet. In her own modest words, it is “the story of a girl who projects her desires on a guy who doesn’t really give a fuck”. Nothing new there, you might suggest, but this tale of a naive young woman being strung along struck a veritable chord with, among others, the very same trendy boho thirtysomethings that Mrejen is mocking, though never cruelly. Relation of the novel to the artist’s practice All her three novels, which were published in 2005 under one title, *Trois Quartiers*, are characterized as much by their terseness and Parisian setting as by their distinct literary style — short blocks of text, chronologically shuffled and fragmented in such a way that they could act as written mini-storyboards for one of Mrejen’s films. For example, the film *La Défaite du rouge-gorge* is not really an adaptation of *L'Agrume*, but in both works story and characters are the same. Mrejen wrote both the script and the novel simultaneously. [Novel website](http://valeriemrejen.com/folio/?portfolio=lagrume) 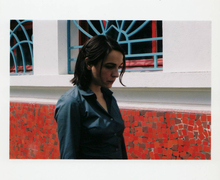