The Dream Dictionary for the Modern Dreamer 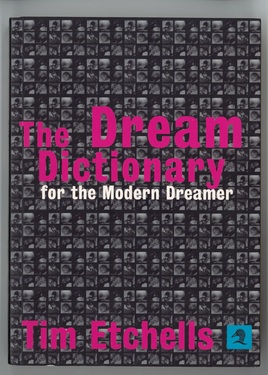 Literary synopsis ”There is a small chance that the kind of person who actually buys dream dictionaries will mistake this for a genuine one. This gives Etchells a crack at a larger market than people who wait eagerly for books that lie on the cusp of literature and conceptual art - which is what *The Dream Dictionary for the Modern Dreamer* does. It looks, as I say, at first glance, like a conventional dreamer's dictionary: entries for the objects dreamed about, followed by bogus interpretations. At second glance it is a lot weirder than that….As you carry on reading, stochastically yet compulsively, a picture of the kind of world Etchells has in his head emerges, like a Polaroid developing: it is one archaic enough to have an entry for Richard Nixon ("Shame, reluctance, bad luck") and up-to-date enough to include "Sending Racist Hate-Mail to Yourself" ("A dream of ambitions thwarted"). This kind of thing has to be done deadpan if it is to be done at all properly, and the book adds up to a kind of poker-faced dadaist prank that actually manages to insert itself into your consciousness as successfully as anything done by more celebrated surrealists. You begin to find yourself noticing mundane objects (a) as if you were dreaming them yourself, and (b) as if they were being described in Etchells's book.” -From a review in The Guardian by Nicholas Lezard, June 23rd 2001. Relation of the novel to the artist’s practice Tim Etchells moves between forms and media – from projects very much in the space of visual art, to projects in performance and literature. Though the context changes Etchells tends to see a continuity of concern and approaches – in particular the way that written and spoken language operate, the way that they form relations and create or describe worlds, the performative nature of language, the edges and limits of written and spoken language as systems or sets of rules, the role of readers/viewers/spectators in completing art works, especially in relation to texts that are radically incomplete, fragmented or dysfunctional. *The Dream Dictionary* stems in part from his interest in the voices and structures of marginal literature – in this case the model was the form of a dream dictionary. Like in his later novel *The Broken World* also *The Dream Dictionary* represents an attempt to explore the subjective and fiction-making possibilities of a form (the Dictionary) which supposedly aspires to objectivity or general overview. More generally the project links to many of Etchells’ works in visual art and performance which have often taken (in whole or in part) the form of linguistic or visual catalogues, lists or compendia. [Novel website](http://www.timetchells.com/projects/publications/the-dream-dictionary-for-the-modern-dreamer) 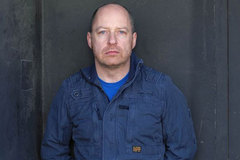