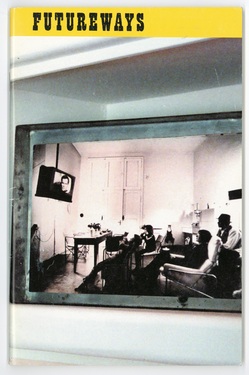 Futureways is the story of an art exhibition in the year 2304, a biennial of a future world. This book, conceived by Rita McBride, incorporates the tools and conventions of the science fiction genre, with stories about space travel, time travel, alien contact, robots, and ideas of future utopias and dystopias, as well as hundreds of other subjects - including shipping and sex. Futureways is the second book in the Ways Series, which include more than fifty different contributions by artists, architects, writers, journalists, scientists, curators, and critics who exploit and decipher genre writing with an entertaining and refreshing collective structure. (Rita McBride, Laura Cottingham, Nick Crowe, Aline Duriaud, Nico Israel, Matthew Licht, Peter Maass, Rita McBride, Alexandre Melo, Glen Rubsamen, David Schafer, Rutger Wolfson, Leonard Nimoy, Joseph Beuys, Michael Sandler.)

Futureways: The Middelburg Triennale 2304 was the title of an exhibition curated by Rita McBride, Glen Rubsamen and Rutger Wolfson, and which took place at the Vleeshal (Middelburg, The Netherlands) in 2004. Featuring: Nick Crowe, Alexej Koschkarow, Dirk van Lieshout, Jen Liu, MP & MP Rosado, David Schafer, Maki Umehara, Joao Vilhena and Virginie Yassef. “By monitoring feedback from short-wave radio signals sent into outer space in the early sixties of the 20th century, we learned that De Vleeshal, in the Dutch town of Middelburg, will become the most important contemporary art centre of the North Atlantic population cluster mass at the end of 23rd century. The first Triennial of Middelburg, called Futureways and organized in 2304, will be looked upon as seminal.” Futureways is thus simultaneously a collaborative novel, an exhibition, and a catalogue. 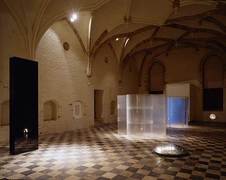 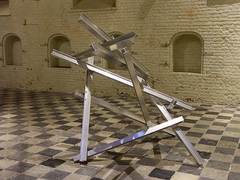 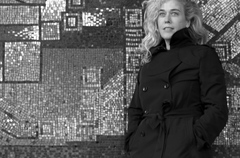