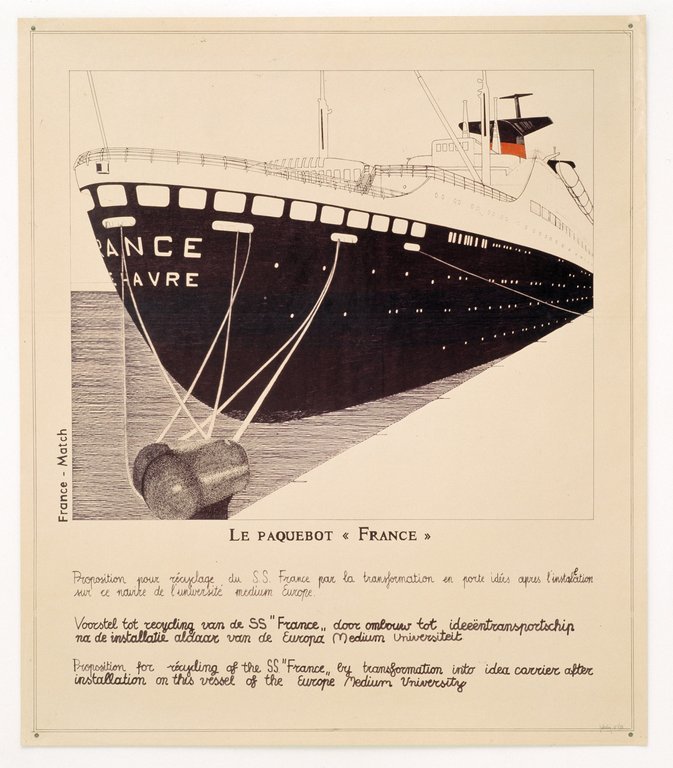 Luc Deleu believes that architects bear a great deal of responsibility for our human habitat.  Architecture helps determine the quality of life on Earth.  As a self-proclaimed 'orbanist', Deleu's architectural viewpoint concerns not only the urban scene but indeed the entire world as a whole, with its problems of over-population and environmental pollution.

From the very outset of his professional career Deleu has opted to present alternatives for existing situations.  Over the decades, he has bombarded the worlds of art and architecture with his controversial propositions.  In the Seventies he often did this with his Proposals and Counsels, never-to-be executed plans that were presented in the form of texts, drawings and models.

Le Paquebot “France” is Deleu's proposal for the recycling of ships headed for the scrapheap.  Oceans and seas comprise a much larger surface-area than does dry land.  Why not make more intensive use of this aquatic arena?  An obsolete passenger ship or aircraft carrier could be employed as floating universities, so allowing students to both study and see the world.

> Ensemble: For The City and the World.