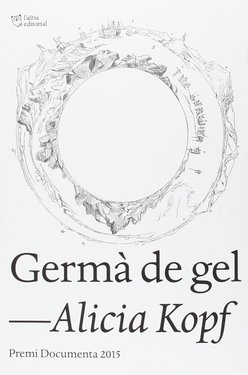 Germà de gel (Ice Brother) by Alicia Kopf takes the form of a personal diary written by a young woman whose life is dominated by her autistic elder brother and also a fascinating voyage into the epic world of polar exploration at the beginning of the 20th century. It is a book about exploration, both interior (addressing themes such as love, the need for affection, the complex familial universe, and childish failings) in a weak voice of someone trapped by the fragility of their world; and exterior (the experiences of the first explorers to go to the North Pole) told in an almost documentary style.

Germà de gel is part of an art project called Àrticantàrtic, which includes three exhibitions and the novel, and is defined by the artist as 'an exploration of exploration'. The white background on which the epic of polar exploration unfolds, highlights the grade of abstraction of such an abstract geographical mission. What has lead so many men to the conquest of blank spaces which has no apparent interest? What is it, and how would one represent a conquest? 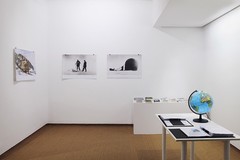 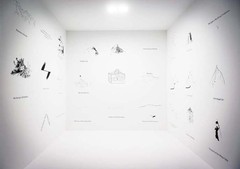 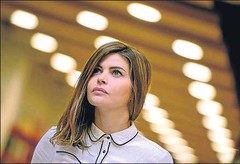