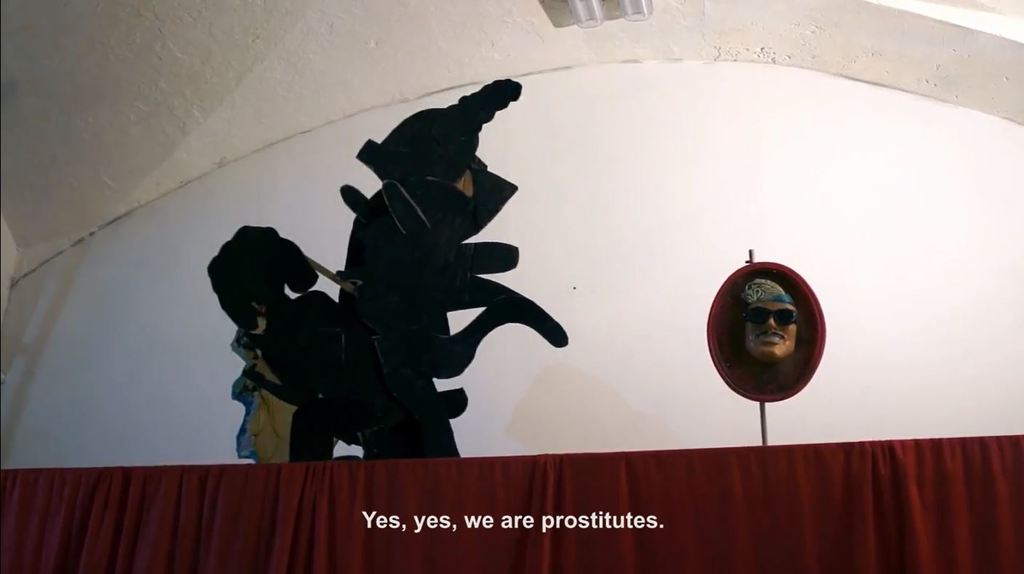 Aphrodite’s Girdle was created by the Teresa Creative Union of Artists and sex-workers (Vika Begalska, Alexander Vilkin, Marina Denisova, Taira Dance, Diana Portlend, Sergey Potapov, Karina 'Katwoman' Dulina, Baretta). Vika Begalskaya partnered with sex workers whose efforts tinge a harsh reality with a sense of melancholy, while at the same time giving it an ironic twist. Begalskya's film must be situated within the context of activist, post-feminist works, positioning her work not as a critique of male dominance, but rather as a critique of this critique. Puppet-like scenes with cardboard cut-out figures, paintings and other objects make it clear that these women remain proud and have not lost control over who they are.