Flametti, or The Dandyism of the Poor 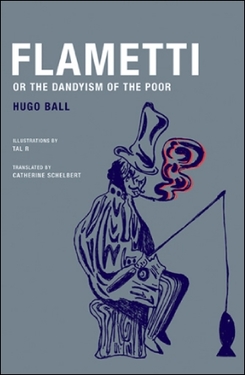 Fishing in the local river to feed his company, dabbling in drugs, strolling through the vegetable market on the Gemüsebrücke in Zurich, ducking into a side street to avoid running into the police, Flametti marches through the pages of Ball’s novel passionately pursuing a career that culminates in the presentation of the theatrical extravaganza The Indians at the Krokodil in Zurich (a locale that still exists today as a Spanish restaurant). Overcoming odds and alternately averting, succumbing to and embracing financial ruin, Flametti ultimately emerges as a tragic figure—a Willy Loman of vaudeville. Flametti portrays a frenetic Zurich that had been the backdrop to the Dada movement, and is comparable to other such literary cities and eras as Christopher Isherwood’s Berlin.

In 1916, Hugo Ball cofounded the Cabaret Voltaire in Zurich and penned the “Dada Manifesto,” launching what would become the Zurich Dada movement. That same year he completed his semi-autobiographical novel, Flametti, or The Dandyism of the Poor, which would be published two years later. Drawing from his pre-Dada period of struggle and poverty in the nightclub circuit, Ball immerses us in the rise and fall of Max Flametti and his vaudeville company. 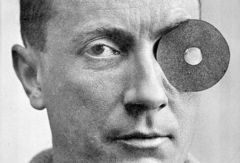