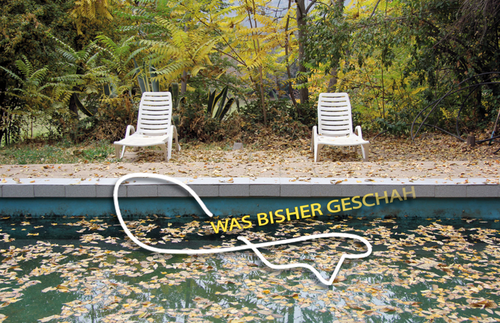 In their e-novella Was bisher geschah, the Pathetic Sympathy Seekers (PSS) recount what 'previously happened'. Their alter ego PSS, one of the main characters, merges all the group’s members into one entity, acting in unison yet preserving the concept of the plural and breathing majesty when speaking of 'we' and being spoken of 'they'. Having managed in the art world as artist(s) of average success, they are aroused by the arrival of a comet, which they fear is after them, causing them to disappear in a hideout.

Was bisher geschah revolves around PSS and their social relations in the times of their absence and return. In the spirit of a soap opera, this tragicomedy airs the most fruitless endeavours of many characters, entangles them in conspiracy as well as intrigue and confusion, some fearful yet desiring to be struck by the comet representing success, escorts them on their flights to Foston, a small place in Derbyshire and a state of mind at the same time, prone to psychedelic experiences, and leaves the reader puzzled over the whereabouts of Picasso’s fameless avocado vase and the importance of a bricked Holobox.

As PSS write the e-novella, they renounce sticking to a timeline and focus on being neither in the right place nor at the right time.

Pathetic Sympathy Seekers constantly exchange and favour mutation in order to develop a hybrid intention. Recently, the PSS discovered their great interest in the novel as a medium and launched out into writing. For the e-novella Was bisher geschah their affection for the book object itself inspired them to digitally overlay photographs of the same blank book in different locations with frequent book contents, namely text and image. Analogically, the writing is a patchy narrative conflated by the members of the artist's collective. As the blank book travels on, accompanied by photographs reminding of postcard images, the story as well skips from one event to the other being passed on between the authors. 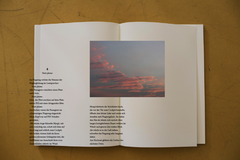 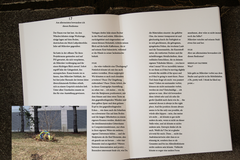 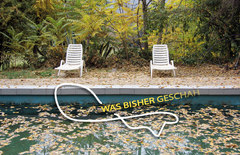 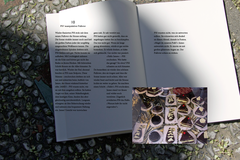 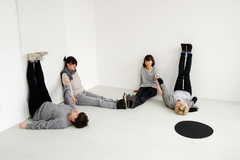