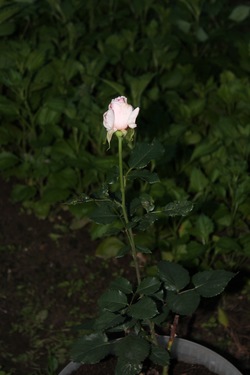 It is three years since Evgeny Antufiev has been living in incessant motion, travelling to the edge of the world, participating in a folk expedition, making a trip to the other side of time and space, entertaining a journalistic investigation, sometimes going on what may be described almost as a road tour. He sets out on travels, real imaginary, physical or metaphorical, for the sake of an essence hardly existent or effable – the Russian mentality, this bizarre assembly of completely inconceivable elements, which against rationality returns us to the field of primitive forces, universal, racy of soil, security concealed and never emerging. It comes to our very core befogged by our Russian identity, so readily and sentimentally responding to images, objects, phrases and situations.

Antufiev scratches some fragments of early from the collective memory (indiscriminately whether it comes from Imperial Russia, the Soviet period, archaic or almost mythical past), washes them and twiddles in his hands like pieces of glass to produce a decorative pattern, a rich tracery promising to encompass a new cosmogony. (Ekaterina Inozemtseva)

27 April 2017 - 03 September 2017.
M HKA calls itself a Eurasian museum and so it also pays sustained attention to art from the former Soviet space. The latter also has an Asia 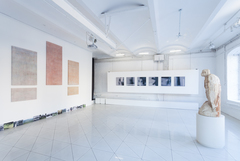 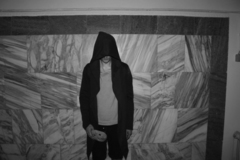