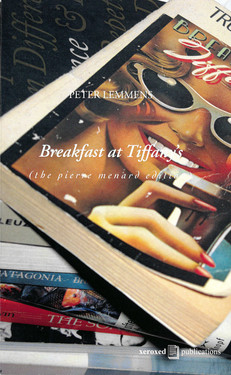 A rewrite of the original book Breakfast at Tiffany's by Truman Capote. This new version is written as the inverse of the original with male becoming female and vice versa. Fandom and fan fiction are not far removed. This rewrite as a radical form of identification creates a setting that feels slightly off. It is not immediately clear why, but situations and characters show structures that were not visible in the regular text. Although the novel asks a ‘What if …?’ question, it does not readily resolve the issue. It simply adds a new disconcerting layer on top through an active and productive consuming.

As part of his artistic practice, Peter Lemmens has been publishing small press editions. Most of them are distributed for free during exhibitions. They are very limited, ranging from one to twenty numbered and signed copies. These publications often relate to editing techniques and fan fiction, focusing on possibilities of DIY and forcing different readings. Peter Lemmens sees amateurism as a productive mode. Fan fiction can be seen as a complex system of inspiration that cannot always be easily discarded as awful. It simply demands a different set of parameters to read it, a system slightly apart from regular fiction. It's a fringe genre that often follows a preset, default canon and thus necessarily draws on alternative merits and assessments. Like this, it moves along the lines of B-movies, straight-to-video and horror cult films of the seventies and eighties. These often seek out alternative distribution formats, finding their way to a segmented public, away from mainstream reviews and releases. These kinds of genres not only admit to their secondhand nature openly, they wouldn't even exist otherwise. They flaunt their mandatory a priori as an asset, advocating progress through small, accumulative steps.

Theme: Identity, States of the Self, Transgression Identity. 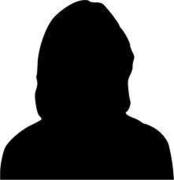