How can the art of today foster resistance against economic structures in which it participates itself? Behind the facades of spaces conceived as areas of freedom, hasn’t the power of radical subjectivity and poetry, of the difficult and fractious that evades easy usability, of that which denies itself to consumption, long been absorbed and defused? Isn’t the project of a political aesthetic that extends beyond the type of activism guzzled up by the media something we must now view as being truncated and sidelined? And finally, can this “historical aporia” (as it might justifiably be designated) be heightened to such an extent that artistic blueprints of political subjectivity can also unfold anew in response?

Questions such as these form the point of departure for the project Unrest of Form. The route traced out here seeks to open up a space conceived as a realm of aesthetic action, made manifest in acts of subjectification and linguistic interventions, and disrupting pre-determined identities, positioning and visibilities.

This emerges, for example, in the complex web of interactions between the fine arts, performance and theatre. This is a field where myriad new forms of co-operation emerged whenever the aesthetic and the political embraced the same agenda, such as in the 1920s or 1960s. It is this new interrelationship of image and speech, currently again pursued by numerous artists of both genres, that is centrally explored in Unrest of Form. Figures of the voice as a medium of political articulation – oration, defense and prosecution pleadings in court, stylised stage speech, conversation or the proclamation of a dubious legal act, slogans, debate and media controversy stand alongside self-encrypting sculptural positions.

The resistance of art, it seems to us, lies in the way in which it nurtures this tension and does not transition into politics. For isn’t it often precisely that dimension of blurring, the way in which compressed formalised meanings and structures are rendered fluid, that reveals the interrelationship between aesthetic work, between art and politics? 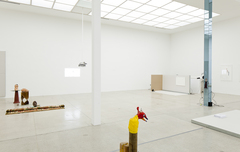 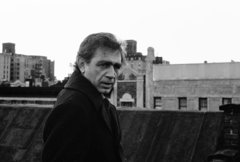