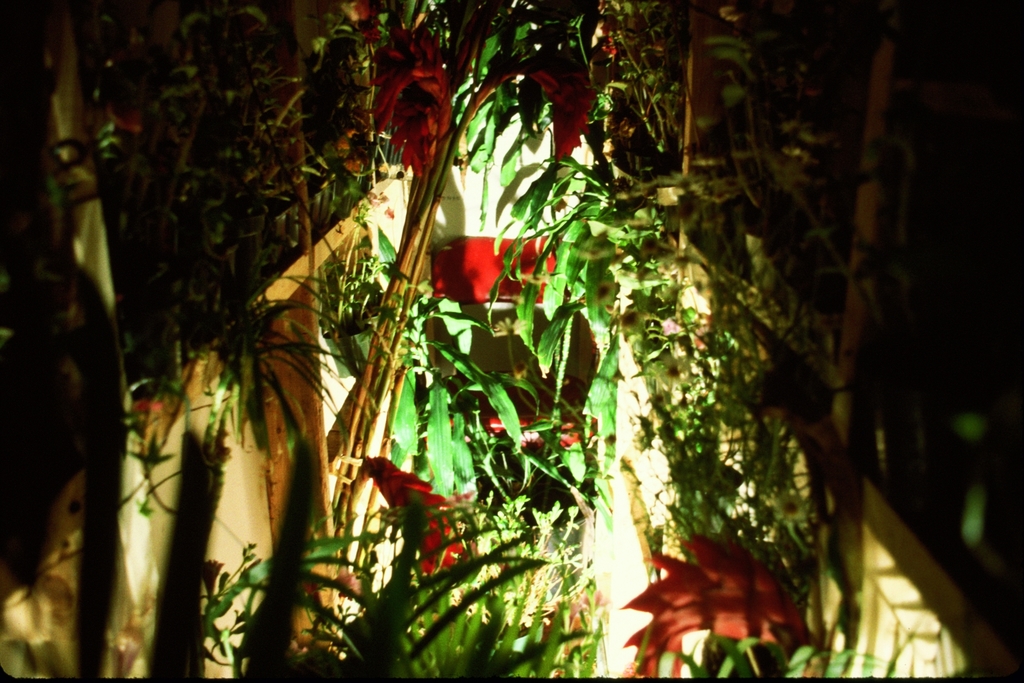 'First marriage' is the title of the comprehensive exhibition which M HKA is devoting to Suchan Kinoshita (°1960, Tokyo). The artist who grew up in Japan emigrated to Cologne at the age of twenty in order to pursue a musical education at the institute where the contemporary composer Maurizio Kagel was teaching. Later, she worked for a theatre company in which members alternately assumed the role of actor, stage designer and director. Therefore, it is no coincidence that her work can be situated in many fringe areas: inside or outside the walls of the museum, with or without an active input by the public, recognisable as a work of art or camouflaged as such.

The starting point of the exhibition in Antwerp is a working method which relates to continuous change. With the aid of makeshift walls, the artist builds a temporary architecture which brings about a new relationship between the public and the museum space. The ensuing over-all experience is reinforced by the spectator being way-led and diverted, having access to the building via two emergency exits only. Actually, the main entrance to the museum is hampered by a twenty-metre long wooden construction suggesting the presence of a building site. Exclusive to the exhibition at M HKA is the production of a series of animation films in which the transition between dreams, real events and fictional story are explored and stage-managed in a heterogeneity of diverging installations. Thus, 'first marriage', the film after which the exhibition is called, is projected on opening and closing Venetian blinds in the window of a hut. The sound which derives from the film 'exhibition', a fictional exhibition of all people the artist ever met in her life can be heard in a sound-proof hut set up at a certain distance from the projected image. In addition to a number of previously realised installations, which are adapted to the situation, these animation films are shown in various versions and spatial overlaps, like voices in a piece of music. From the outside, the rough huts constructed from plywood, seem to be alike; yet, every time a visitor enters one of these he is enticed to take part in a new tactile or visual game. Finally, in the entrance hall, which has been converted into a waiting-room, fragments from animation films and other situations in the museum are being recycled in an observatory.