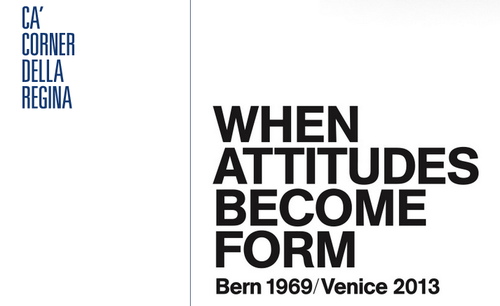 The Fondazione Prada will present between 1 June and 3 November 2013 at Ca’ Corner della Regina in Venice an exhibition entitled “When Attitudes Become Form: Bern 1969/Venice 2013” curated by Germano Celant in dialogue with Thomas Demand and Rem Koolhaas. In a surprising and novel remaking, the project reconstructs “Live in Your Head. When Attitudes Become Form”, an exhibition conceived and organised by Harald Szeemann at the Bern Kunsthalle in 1969, which went down in history for the curator’s radical approach to exhibition practice, conceived as a linguistic medium.

To present, today, an exhibition from 1969 just as it was, maintaining its original visual and formal relations and links between the works, has posed a series of questions on the complexity and very meaning of the project, which has developed through a profound debate from various perspectives: the artistic, the architectural and the curatorial. Though underlining and highlighting the transition from the past to the present, the complex identity of which it is important to conserve, it has been decided to graft the exhibition in its totality – walls, floors, installations and art objects, including their relative positions – onto the historical architectural and environmental structure of Ca’ Corner della Regina, thereby inserting – on a full-size scale – the modern rooms of the Kunsthalle, delimited by white wall surfaces, into the ancient frescoed and decorated halls of the Venetian palazzo.

It is, in fact, an exercise in “double occupancy”: in the same way that the spaces of the Kunsthalle were occupied by a generation of young revolutionary artists in 1969, taking the same approach, the richly decorated spaces of Ca’ Corner della Regina are in turn being invaded by the Kunsthalle’s twentieth-century rooms. The result is a literal and radical superposition of spaces that produces new and unexpected relationships: between the artworks themselves and between the artworks and the space they occupy.

The intention is to breathe new life into the exhibition process with which “When Attitudes Become Form” was staged, so as to avoid the necessity for photographs and films of the past event, and to be able to experience and analyse it literally, just as it was, even though it has been transported from the past to the present. The project has entailed the understanding that the language with which an exhibition is mounted and the relations between the works set out by its curator have become a founding element of the history of modern and contemporary art. 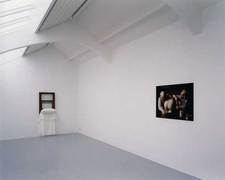 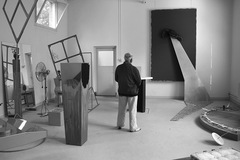