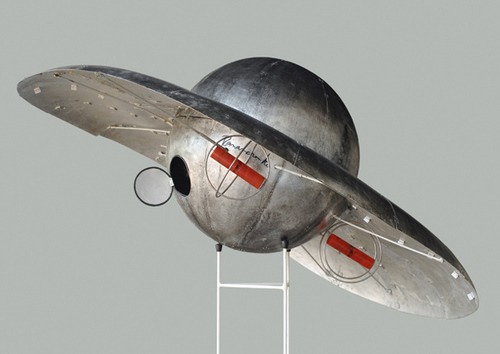 Panamarenko Universum was the big and exclusive return of Panamarenko (born in 1940, Antwerp) to his hometown of Antwerp. The retrospective Panamarenko Universum investigated which works could form a backbone for Panamarenko's oeuvre in what contexts. For the first time, a thematic and chronological structure was superimposed on the variety of objects and appliances Panamarenko created between 1965 and 2005.

Anyone who examines Panamarenko's oeuvre will notice that each object or appliance is an autonomous planet, with numerous small satellites circling around it. These are the preliminary studies, theoretical models, initial sketches, experiments, prototypes and such like. These satellites are connected to each other and help us piece together the history of the ultimate parent planet - the work of art - as accurately as possible.

Because of the size and depth of Panamarenko's work, it was virtually impossible to map the entire universe with all the planets and satellites in one single exhibition. Certain planets from his oeuvre, however, show clear similarities, allowing us to distinguish imaginary lines and areas which, in turn, represented recognizable constellations or clusters. In an attempt to make the entire body of work as clear as possible, an attempt was made to organise these clusters chronologically.

In a nutshell, the happenings and collages preceded the poetic or silent objects. These were followed by the winged objects, motorized appliances, space vehicles, water vehicles and finally the mechanical robots. 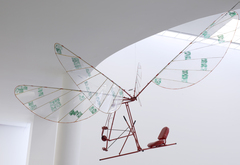 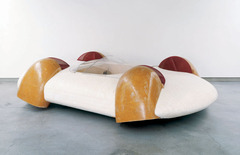 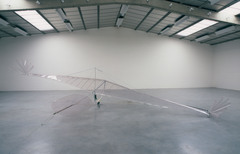 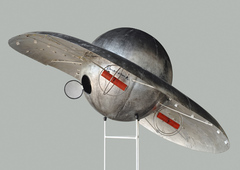 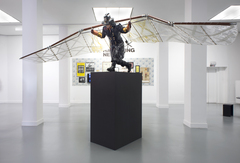 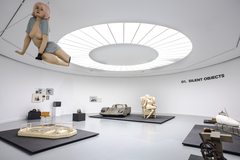 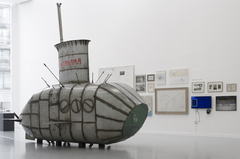 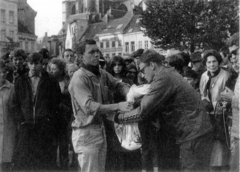