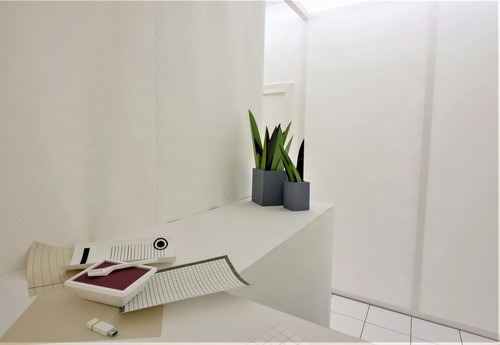 Sveta Shuvaeva is born in 1986 in Bugulma, Tatarstan (Russia). In 2003 she starts studies at the Samara State University of Architecture and Civil Engineering. From 2008, she takes classes at the unofficial contemporary art academy of the Russian artist and curator Vladimir Logutov. From 2011 to 2016, she works in the collective studio of Vladimir Smirnov and Konstantin Sorokin in Moscow. In 2013 she opens the Svetlana Gallery, her own gallery in a cupboard in her apartment. Sveta Shuvaeva utilises different media: drawing, collage, painting, sculpture and installations.

In her installations, Sveta Shuvaeva opens a dialogue about political, economic and social trends. She creates imaginary situations in which the viewer becomes part of the installation. Her works are functional and performative, they are layered and critical. In her oeuvre, she focuses on the tension that exists in Russia between the new freedom that is neo-liberal and capitalist in nature, and the utopia of the equality of communism, where the economy is not driven by supply and demand but rather by production, under the constant watchful eye of the bureaucratic apparat.

Shuvaeva has detached herself from the Soviet and post-Soviet styles, and has developed her own vernacular. She employs an aesthetic that is reminiscent of Constructivism and Minimalism, with many references to Pop Art. She often incorporates banal consumer goods into her art, to which she adds irony, the use of stereotypical symbols, collages and advertising, and the reproduction of everyday objects in unusual materials, all of which refer to Pop Art. In addition, there are also direct links with Dadaism, in which coincidence, text and readymades function as key elements.

The title of the installation Lake View Limited Offer is a literal quote from an advertising campaign for the sale of real estate. The marketing strategy is obvious: luring people in through the promise of a paradisiacal life while at the same time pressuring the potential buyer to respond quickly. The installation is an architectural structure, a reproduction of the type of office space that allows bureaucracy to flourish. A space that refers to counter rooms, counters, cash registers. The empty corridor with counters is a paper replica, a duplicate. The counters, a socket, a ventilation grille, a door, ... they are all made of paper, to such precision that one hardly notices that they are replicas. Sveta Shuvaeva has created an illusion.

Lake View Limited Offer is like a cross between an absurd public space and a paper fata morgana. After all, this is not a functional building, but a fragile reproduction of an office made out of paper walls and a wooden framework. The space, moreover, has also lost its functional meaning because there are no staff present, there is no one to help visitors. Both the structure and its function are illusory. It gives Shuvaeva the opportunity to depict bureaucracy in its Kafkaesque form. This is, so it seems, the last chance to buy an ideal property. But then it appears that there is no possibility of buying anything. The dream the artist presents is unattainable, but precisely this creates room for the viewer's own imagination.

In addition to the installation Lake View Limited Offer, the exhibition also presents a series of graphic and visual works by Sveta Shuvaeva. 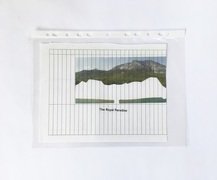 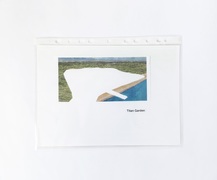 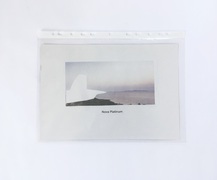 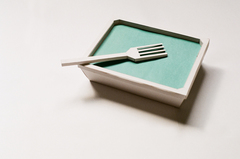 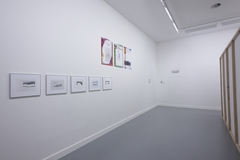 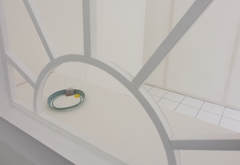 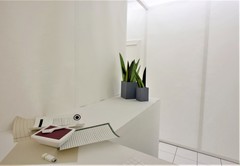 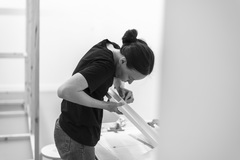 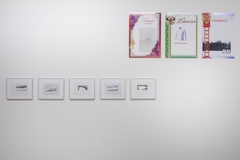