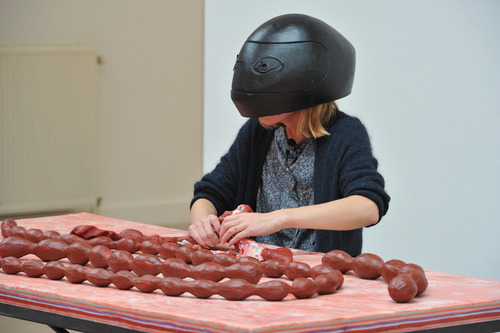 Hedwig Houben’s artworks consider our relationship to objects, particularly how we live with them, and how they might play a role in the formation of our selfhood. The sculptures in her work are not presented as a definitive form, but as a starting point to reflect on how an object has become what it is – and what it can become in the future. The strange, temporary sculptures are often made from plasticine – a playful material that is easily deformable and has the potential to become something different – and function as characters with fully developed qualities.

In Houbens performances, the making itself becomes part of the work. In this way, she exposes the process of making, in which every action generates new meanings. Her videos document performances that often present the artist talking from the perspective of the third person in dialogue with both herself and the sculpture she is making. This dialogue between each character – narrator, artist and object – is ultimately the central subject of the work, opening up ideas about personal subjectivity. Sweep, Tap, Swooooop is Houben's first solo exhibition in Belgium. It shows new work, alongside recent projects.

Performance: 6 June, 8:30pm, as part of the official opening 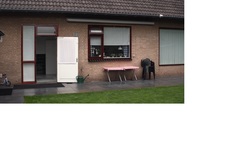 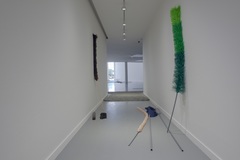 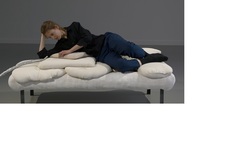 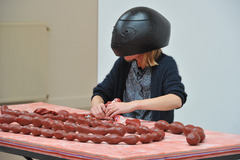