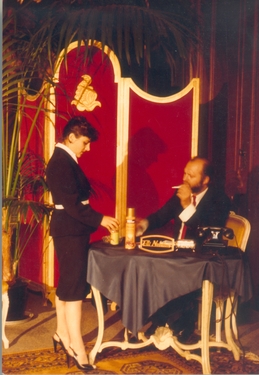 "Society is not as idealistic as one imagines. That's also why I seriously question society, the civilisation in which we live. In the face of the manipulation and exploitation of the Third World, our society sometimes tends towards the colonial and is certainly laden with capitalism. That's why I illustrate these phenomena, but now as a sort of archaeology of the era."

Besides these artists from France, Spain and the United States, who testify to Antwerp’s role as an international hub and meeting place at that time, the M HKA also chose two artists from Belgium. The first is GUILLAUME BIJL.

Guillaume Bijl is generally considered a key artist on the Belgian art scene of the 1980s, with installations that graft reality onto the art world. He distinguishes between 'Transformation-Installations', which transform reality into non-reality, and 'Situation-Installations', which transform non-reality into reality, as well as more sculptural 'Compositions or Compositions Trouvées' that are contemporary still-lifes and the 'Sorry’s' that are a form of absurd poetry.

The M HKA has an extensive ensemble of several of his major installations including the first one he ever created, Autorijschool Z (Driving School Z) and TV-Quiz Decor, which was the cover for the Mercatorfonds publication on contemporary art in Belgium.

It also has the remainder of the legendary Chaussures ICéCé, the second installation he ever made. In the present exhibition drawn from the collection, the emphasis is on his conceptual work from the ICC period. It portrays a surprising, poetic Bijl. This collection presentation includes the first public overview of this earlier work. This fundamentally expands the oeuvre and reveals how Bijl emerged from the climate of the Seventies. 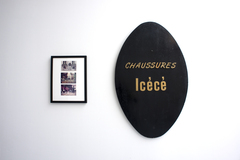 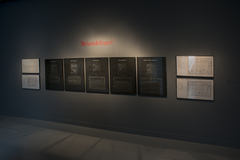 View of the performance 'Chaussures Icece' of Guillaume Bijl in the ICC, Antwerp, 1980 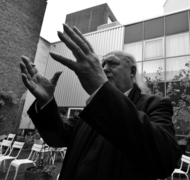