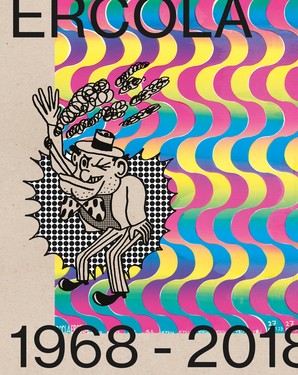 ERCOLA (Experimental Research Center of Liberal Artists) was initiated in November 1968 as a friends' initiative by artists Jean-Claude Block and Jean-Claude Buytaert, photographer Piet Verbist and author Dominique Donnet.  In Antwerp, in the early seventies, ERCOLA developed into a veritable hub in the widespread network of informal multidisciplinary artists' initiatives.

In 1971, ERCOLA became a non-profit organization whose ambitions and intentions were clearly reflected in their articles of association: "The study, the pursuit and centralization of contemporary creative art by being, in particular, a productive and informative centre through the distribution of sound, colour, light, time and space."

This ambition was translated stylistically and artistically in a wide diversity of approaches: visual art, music, theatre, costume and set design, architecture, comics, film, performance and photography. All these disciplines are also included in the present exhibition. ERCOLA brought and continues to bring artists from different generations and backgrounds into contact with each other. The intake of artists is based on interpersonal contact, warmth and social engagement, which translates into a defiant and idiosyncratic attitude towards the world.

From May 1972, ERCOLA has been renting a large building on the Wolstraat 31. A place with a special spirit in which they are housed to this day, and which provides homes and workshops to a dozen artists, including founder Jean-Claude Block and newcomer Dennis Tyfus.

ERCOLA produces a hefty book, published by Lannoo, with reproductions of works by all members. Every edition contains six original issues from the comic magazine SPRUIT from 1971. Thirty luxury editions contain, besides the six issues from SPRUIT, also one original pen drawing. The sponsor and patron of this playful, multifarious magazine was Isi Fiszman who recently donated two sculptures by Bernd Lohaus and one by Angel Vergara to the M HKA. 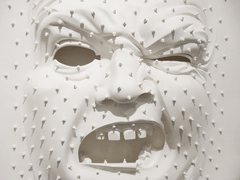 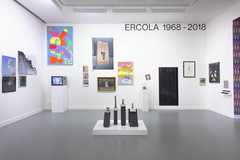 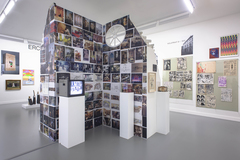 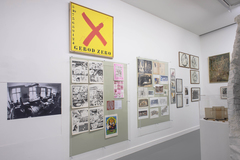 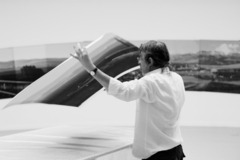 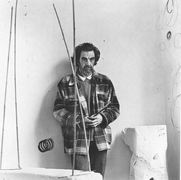 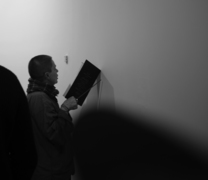