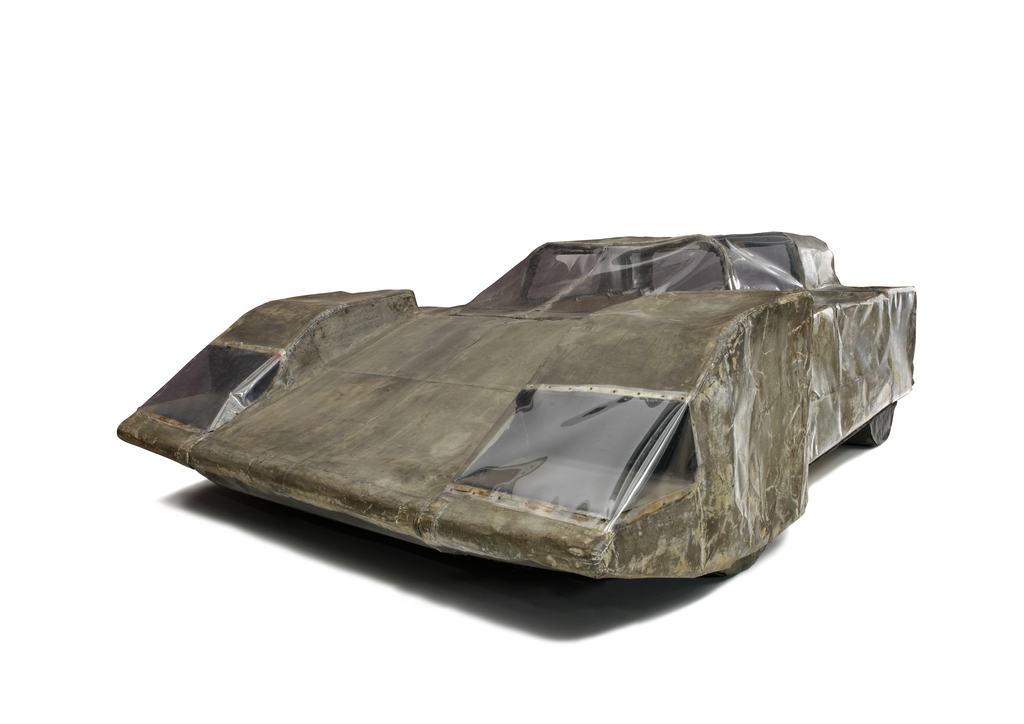 In the second half of the 1960s, Panamarenko built a series of poetic objects, often inspired by memories of his youth. Because the emphasis in these works is on their formal qualities and not yet on function or technology, they are referred to as ‘silent objects’.

Krokodillen [Crocodiles] is one of these silent renderings, in this case of a childhood memory of Antwerp Zoo. Bottekes met Sneeuw [Boots with Snow] is also a snapshot from his youth. The felt dolls Molly Peters and Feltra refer to well-known actresses and are based on pictures in Playboy magazine. In reaction against Jan Hoet’s art event of the same name in 1986, the work Chambres d’Amis opposes the horse-trading of contemporary art, where works of art served as status symbols for the well-off.

The poetry of the silent objects is largely determined by the use of simple materials: cardboard, tin, polystyrene foam, plastic and sand. In Zwitserse fiets (Swiss Bicycle) and Magnetische schoenen [Magnetic Shoes] his fascination for technology comes to the fore.