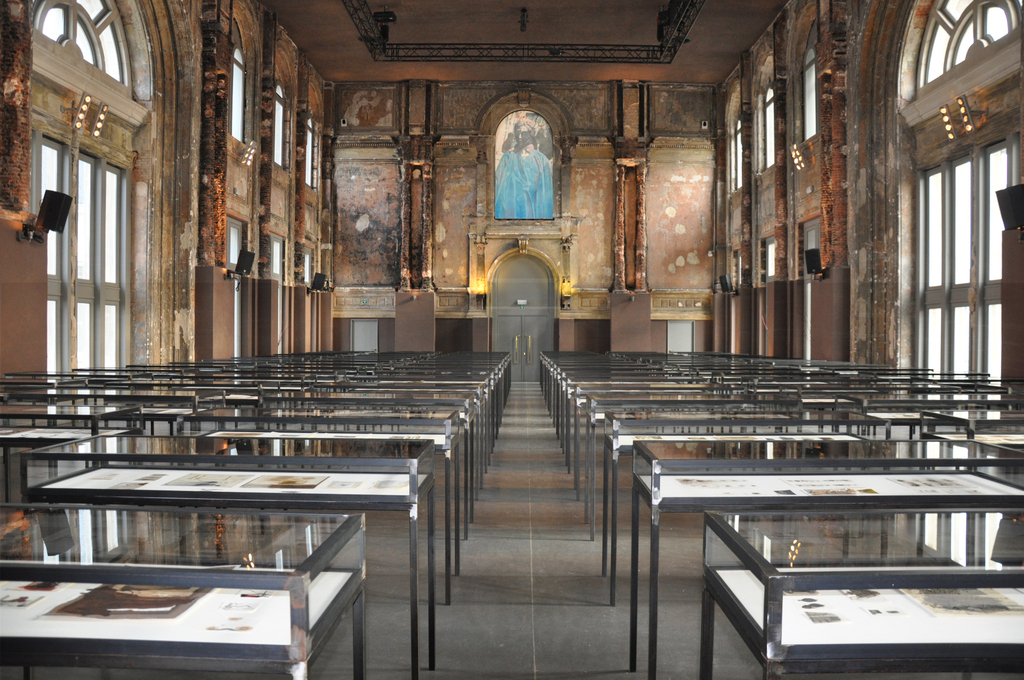 “Universe” came into being at the conjunction of several histories—personal and social—as well as a range of more immediate prompts. During a cold snap in the winter of 2002-2003, Brey recalls [...] a moment of aesthetic lethargy during which he couldn’t go into his studio, by watching—and then pondering—a BBC documentary on the use of the camera obscura as an aide for painters in the era before photography. His young daughter, Paula, was equally fascinated by the program, watching it back repeatedly in order to work out what it was saying. This presented Brey with another excuse to stay out of the studio: he started to make drawings and sketches of her, at first surreptitiously and always from the same angle so as not to disturb her concentration."

The  project Universe consists of 1004 drawings [...]. Universe represents not only the description of a fictional cosmos but also an encyclopedia of the most diverse materials and techniques that Brey has been using in his work for 30 years .He has combined assemblages, drawings and painting in hybrid form. The main subdivisions are devoted to fishes, birds, plants, floods, insects or the moon; drawings are displayed in free association with each other in 99 horizontal showcases especially foreseen by Ricardo Brey for his Universe. Entering the space the spectator discovers a fascinating world unfolding itself and is submerged into an ocean of drawings , moving within and feeling surrounded by them , visually making his own associations. Also a 500-page book has been published, in which the 1004 drawings are reproduced at a 90% scale and where the only text is a detailed description of each work, in this the project will be kept together as a whole and will be able to reach far and as many people as possible.

Open from 10 am to 5 pm on Fridays, and 2 to 6 pm on Saturdays and Sundays. Free admission.