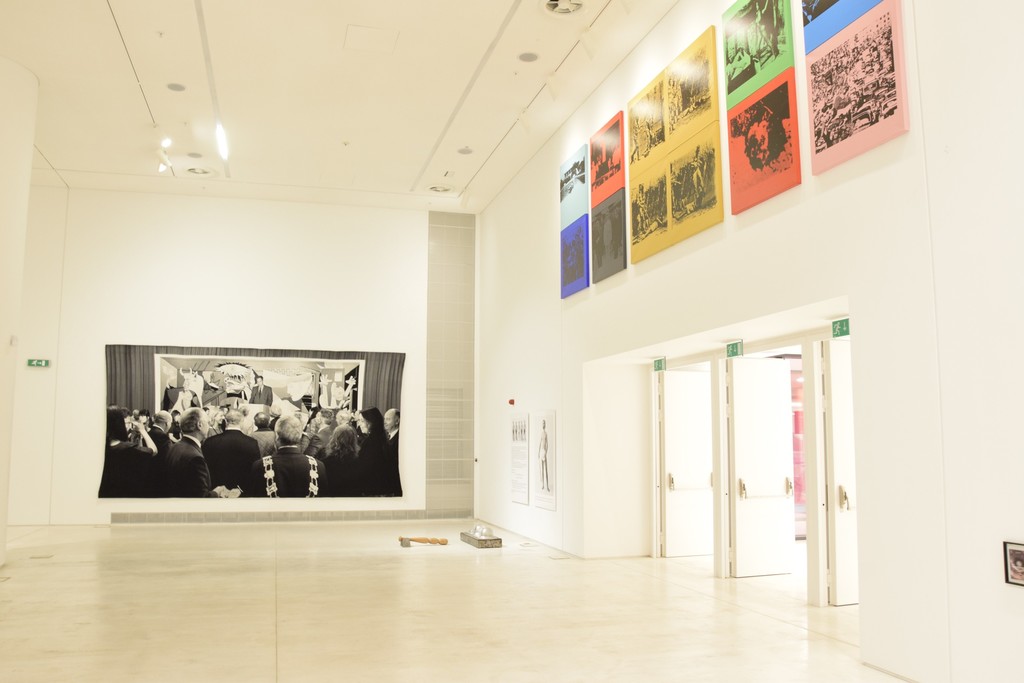 This notion came to our mind when bringing together the work of the sculptor Theodoros, Wout Vercammen and Goshka Macuga.

The notion of the public became over the last decade a contested term. It might be seen as a vital and active space of encounter, an ancient Greek agora, or as a passive assembly of an abstract majority, and especially nowadays, as a statistic conclusion. Cultural institutions have always assumed that their public is rather passive: in the past by providing a program based on a dominant narrative, today by offering experiences based upon up to date communication strategies. On the other hand, post-war artistic practices have often advocated critical engagement by viewers, allowing for an individual to become part of a collective subjectivity. When artists address images floating in the public sphere, this can be seen as a complement to that aspiration.

In Test No III, 1970, Theodoros provokes the viewer into a mental act of resistance, foreshadows the Manipulations, a series of works that strongly engage the public through open ended questions cast in a variety of media. When Vercammen remade in 2015 his 1972 pairings of telling images of monsters and monstrosities, they had regained an uncanny sense of contemporaneity. When Macuga publicly reactivated in London the UN owned tapestry of the Guernica of Picasso, she saw another patchwork emerge in front of it, with a prince, architects, organizers and an arts-sponsoring arms producer.