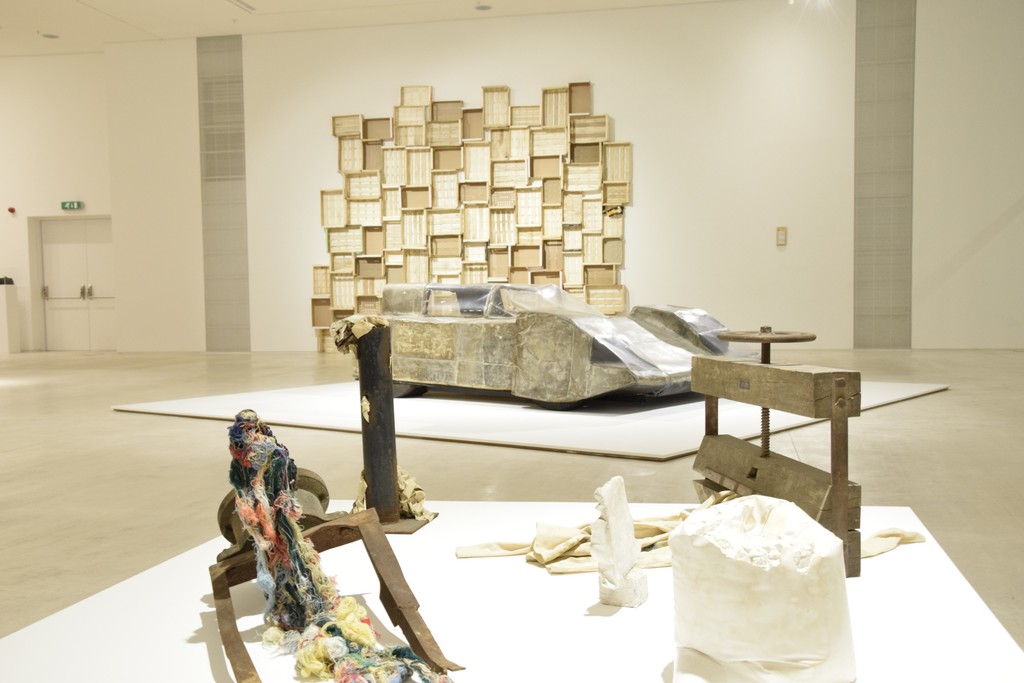 This notion came to our mind when pairing works by Panamarenko, Nikos Kessanlis and Jan Henderikse.

Matter, in a natural state or shaped as an object, can be considered a bearer of information, by its natural qualities such as its shape, colour, texture, scent and weight; or by an image formed in its surface. This is a principle without which art would have not been possible in our culture. An object found by chance, a shape formed by chance or a material used by chance still convey specific information. Not unlike an archaeologist who makes a guess about a finding, or a geologist who theorises on events past in a geological time scale, a viewer can reconstruct the gestures that created an artwork. Art liberated itself from traditional formats in the 1960s, often celebrated matter as abundance accompanying innovative moves.

The early work of Panamarenko leading up to his famous airplanes, his Prova Car, is really only an initial ‘prova’, a test image materializing in an ephemeral way. Likewise Kessanlis's Gestures are sculptural notes on a variety of materials. In the same epoch Henderikse makes a wall filled constellation with a multitude of light-hearted fruit boxes.