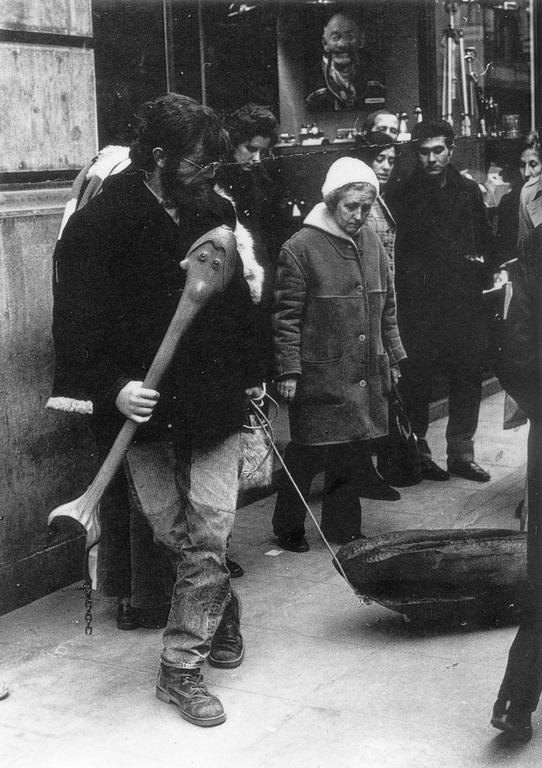 Jimmie Durham was born in Arkansas, U.S., and became involved with art and theatre in the 1960‘s. He has lived in Houston, Texas, where together with the black playwright Vivian Ayers Durham founded a theatre group and a magazine whose public was mainly of minority groups such as black and Indian communities. Ayers introduced Durham to Muhammed Ali, with whom he made a performance in 1964. His first solo exhibition was in Austin, Texas in 1965. By that time Jimmie Durham was also writing poetry and had published his first poems. He went on a freighter ship to Europe in 1968 and studied at L'École des Beaux-Arts in Geneva from 1968 to 1972. In that period he also made performances in the streets of Geneva of which very little photographic material exists.