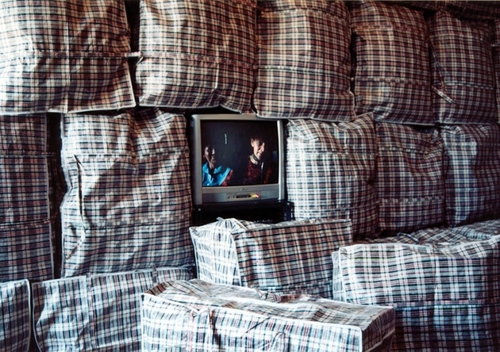 During this promenade the focus is on work from artists worldwide. We cover different continents, and look into the way that artists handle their respective backgrounds and cultures, at how they interpret this in artistic form. Some of the collection works are also on-loan to various places around the world. On the red wall at the entrance, you can see an overview of this. During the promenade you may also encounter other works that pick-up on this theme.

We start our stroll with work from artist Yang Fudong (b. 1951). At the end of the 1990s he emerged as one of China’s most important contemporary artists. Fudong draws inspiration from a classical film-language, but further still from traditional Chinese aesthetics and Taoist traditions. His work is a metaphor for the feelings of isolation and desolation that the artist senses in present-day society. Tonight Moon testifies to Fudong’s sensitive and sensory use of the camera. The video installation presents us with a daydream in an Oriental botanical garden. Fudong plays with the contrast between the lush flora and men in suits. The various narrative layers mirror the artist’s search for multiple meanings, for ambiguities that manifest in different levels of interpretation. Nature is a recurrent theme in Fudong’s work, and the theme of the garden is also an important leitmotif in Chinese philosophy. Fudong’s idyllic garden is luxuriant, sensual and erotic.

We continue our promenade with the works of Marlene Dumas (b. 1953). She grew up under the apartheid regime in South Africa, something that has left an indelible mark on her personal life and thought. She began painting at the art academy in Cape Town, and her figurative, dark and troubling works from that period are permeated with brooding unrest. Under the weight of censorship at home, Dumas moved to Amsterdam in 1976, a city that is still her home. The role of women is an important point of departure in her work, from the female nude bereft of meaning to the naked woman who loses her senses. And however different and varied her works may be, they are all vital, compelling, sexy and aimed at the erotic side of existence. The M HKA’s collection includes oil paintings as well as five aquarelles from her MD–light Series. These works are marked by pleasure and delight. They are about beauty, attraction and arousal, both erotically and aesthetically. In these works, painting’s suggestive power and pornography’s explicitness lie uncommonly close.

In the next room, we’ll see a large work that demands a certain physical effort, and time too. It is an installation by the American artist Cameron Jamie (b. 1969). In his oeuvre he examines the darker side of American culture and its influence on everyday life. His installation Maps and Composite Actions is a work that you can literally step inside of. You take the small path that winds over the bridge and you arrive at the other side of the mountain. There you’ll see drawings, suspended around the darkened space. The drawings are just as unsettling and dark as the surroundings. They comprise part of Jamie’s Goat-performances, where he’s dressed as a vampire returning to his birthplace in the San Fernando Valley. The situations he then finds himself in are documented by a friend in a witness-report. In turn, Jamie uses these various interpretations as a basis for his own drawing and collages. This images may be admired in the mountain’s deepest depths by lantern light.

Before going upstairs to the second floor, let’s first pause at the installation of artists Gulnara Kasmalieva (b. 1960) and Muratbek Djumaliev (b. 1965). Both examine the effects of the Soviet past on the current social and economic situation in Central Asia. In Kyrgyzstan’s capital Bishkek, they co-direct the Art East centre. This installation has considers the improvement of infrastructure for contemporary art, art education and artists’ support in Kyrgyzstan and, more generally, in the Central-Asian region. The work Trans-Siberian Amazons, mounted in a space full of bulging transport bags, reveals the reality behind the ongoing practice of smuggling Chinese goods via the Trans-Siberian railway. A portrait of two women, who out of economic necessity trade in household goods, gives us a picture of the survival strategies employed within an uncertain post-Soviet context. The installation was first shown at the Central-Asian pavilion at the 2005 Venice Biennial, and is now part of the M HKA collection.

On the second floor, our first stop is to see the work of two artists who are representing their respective countries at this summer’s Venice Biennial: Alfredo Jaar in the Chilean pavilion and Mark Manders in the Dutch pavilion. Works by both artists are in the M HKA collection.

The context that gives rise to the works by Chilean artist Alfredo Jaar (b. 1956), is of central importance. He amasses as much information as he can about a particular situation or event and records it. In 1994 Jaar set out for Rwanda, formerly Zaïre and Uganda to bear witness to the slaughter and catastrophic consequences of mass murder. He worked for four years on the Rwanda project. Real Pictures comprises one component of the project. The piece consists of rigid, minimal modules constructed from archive boxes. The text on top relates to what is on the pictures that remain inside, hidden. From the thousands of photographs taken in Rwanda, he selects sixty images. These show different aspects of the genocide: the massacres, the refugee camps, the wasted cities, the pain of loss. The photographs are entombed in black boxes, and he stacks and arranges these into “monuments” of various shapes and dimensions. The encased photographs comprise a memorial to the Rwandan people.

We conclude our promenade with an installation by Dutch artist Mark Manders (b. 1968). His practice may be construed as a personal mythology. Since 1986 he’s worked on a ‘self-portrait as a building’. In this fictional house, that continually shrinks and expands, the artist brings his thoughts to rest. 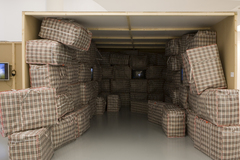 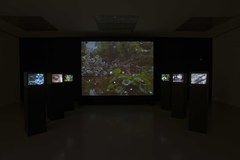 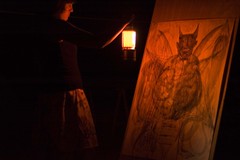 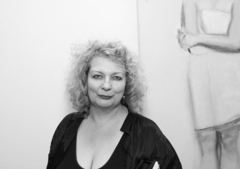 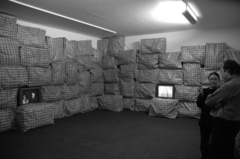 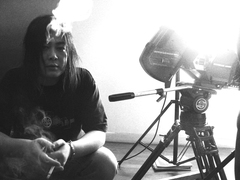