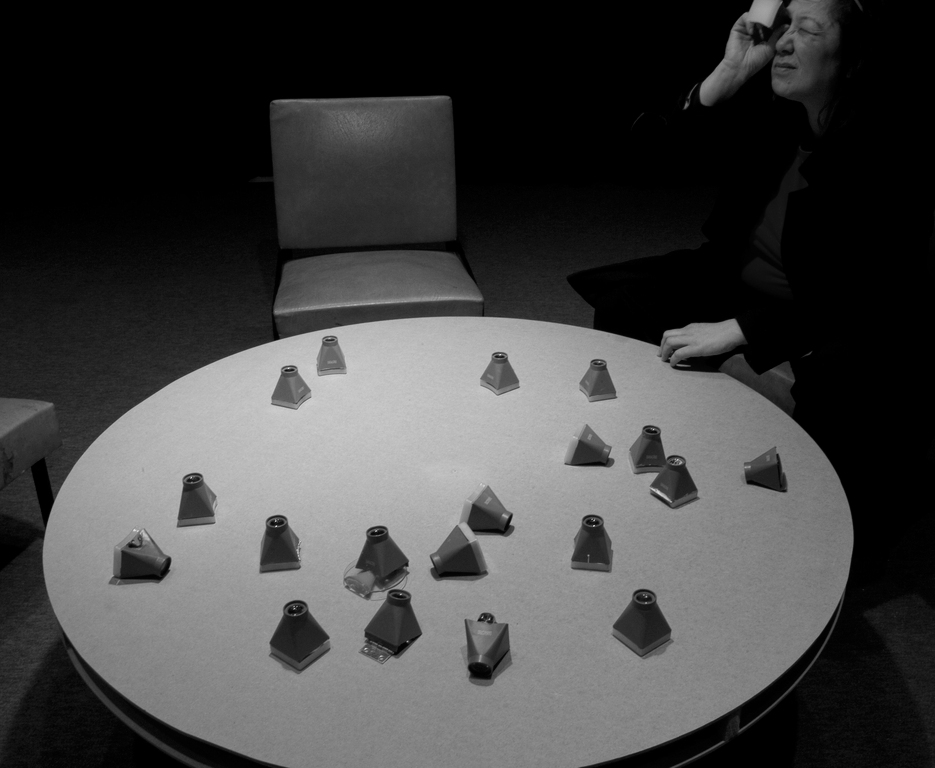 Suchan Kinoshita (°1960) is born in Tokyo into a Japanese-German family. In the early eighties she studies music in Cologne. Throughout the eighties Kinoshita also works for the Theater am Marienplatz in Krefeld, Germany, where she acts, directs and designs props. In the early nineties, after completing her studies at the Jan van Eyck Academy in Maastricht, the Netherlands, she emerges as a visual artist. Several years ago she moved to Brussels after having lived in the Netherlands.

Kinoshita’s art incorporates – quite literally, because it usually concerns the body – elements from her background in experimental music and theatre, not  least the direct connection she establishes between work and audience. Her works of art unfold through time, as a dynamic process in which the personal relationship between the spectator and the work take shape. The here and now of the presentation is key. Static depictions and representations of ‘something else’ are only a distraction.

Kinoshita's mixed background and her experience in multiple artistic disciplines are clearly visible in her work, in which she looks for boundaries, transgresses them, and ignores them. The experience of time and space is a common theme in her work. Important here are both the different conceptions of time and space in the two cultures in which she is rooted, as well as the different ways in which time and space are employed and depicted in the disciplines of theatre, music and visual art. She combines the process-based approach of theatre and music with the generally more static nature of visual art.