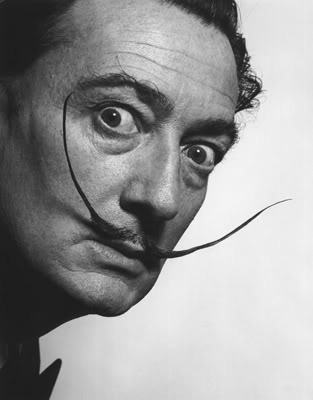 Salvador Dalí was a Spanish painter, sculptor, graphic artist, and designer. He joined the Surrealists in 1929 and his talent for self-publicity rapidly made him the most famous representative of the movement. Throughout his life he cultivated eccentricity and exhibitionism (one of his most famous acts was appearing in a diving suit at the opening of the London Surrealist exhibition in 1936), claiming that this was the source of his creative energy. He took over the Surrealist theory of automatism but transformed it into a more positive method which he named `critical paranoia'. According to this theory one should cultivate genuine delusion as in clinical paranoia while remaining residually aware at the back of one's mind that the control of the reason and will has been deliberately suspended.

Dali and his beloved wife Gala lived in Paris, New York and Spain, and Dali enjoyed great success not only as a painter, but also as a filmmaker, sculptor, architect, photographer and writer. When Gala died in 1982, Salvador Dali's health deteriorated, and he spent his final years in near-seclusion with a host of health problems. The artist died on January 23, 1989, from heart failure.