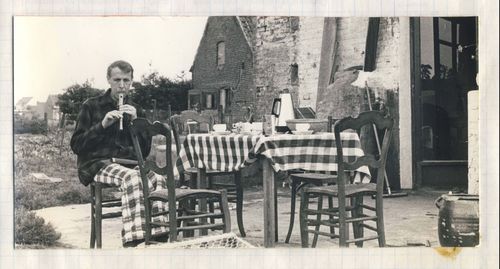 Died in Scheldewindeke (BE), born in Ghent (BE).

René Heyvaert (1929-1984, Ghent, Belgium) studied architecture at the Ghent Saint Lucas Institute where his graduating project was a design for a museum. His architectural oeuvre is limited, but considered important in an international tradition in which American architecture was the standard.

His health played a role in his choice to pursue visual arts, but the defining factor was his reflective attitude. In 1972 he held his first exhibition. A wider appreciation only came after his death. In 'Initiative 86', Kasper König put him at the heart of his selection of Belgian art. Since then, Heyvaert has been a key figure of the country's postwar avant-garde.

His legacy is characterised by basic interventions with a geometric quality in materials like wood, cardboard, metal and everyday objects such as a spoons, shoes, a sweeping brush ... The confrontation between these two emphasises both the immanence of the material and men’s mental and mathematical intervention.

Heyvaert's work is understated and sober, but also subversive and disturbing. It can be described as a fundamental formalism, or even fundamentalism. Contrary to what you might think at first sight, Heyvaert's image objects (drawings, small sculptures, everyday objects) are all but sober and modest Kleinkunst. They answer a very concrete and personal need for meditation and are almost an attempt to dictate the viewer's reaction, as if they were statements that leave no room for skepticism. 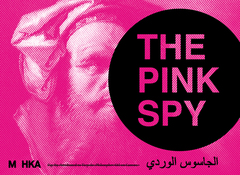 13 March 2014 - 25 May 2014.
In the exhibition The Pink Spy, artist Narcisse Tordoir (°1954, Mechelen) tells stories in an intuitive and associative way about the existen 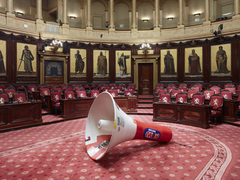 Cross-overs between various levels of reality – dream, vision, utopia – fascinated many artists during the 1960s and ’70s. Their work reveals 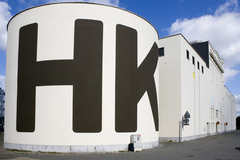 “Works in the M HKA collection are often large and have a presence without being especially tangible.” – Narcisse Tordoir For the third sect 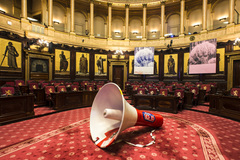