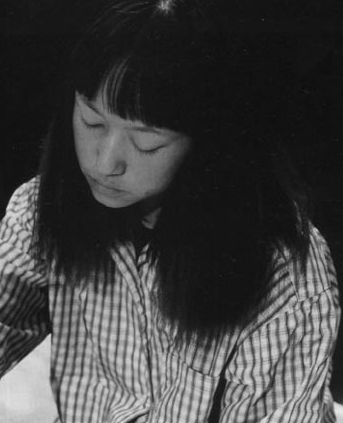 Chinese artist Peng Yu is a performance and video artist. Her inspiration is life in the city of Beijing, where she lives and works. Recurring themes in her work are human relationships, the cycle of life and death and the big city life. She regularly works in collaboration with her partner Sun Yuan. Together they are known for provocative and controversial works that explore and broaden the ethical limitations of art, regularly making use of materials originating from human corpses. Peng is part of a group of emerging artists who first received substantial institutional recognition through their participation in “All Under Heaven”, held at MuHKA in 2004. For this survey show of contemporary Chinese art, Peng (in collaboration with Sun) realized a tube-shaped sculptural object made up of ashes and glue – the ashes, in fact, of no less than eight hundred dead compatriots, the bodies or remains of which were never claimed by any surviving relatives. Peng herself has referred to or described these works as “post-sensationalist” in nature. Her activities as a performance artist are similarly characterized by a strong radicalism, which she documents through photography and video installations.

> Ensemble: Action in the Extreme.