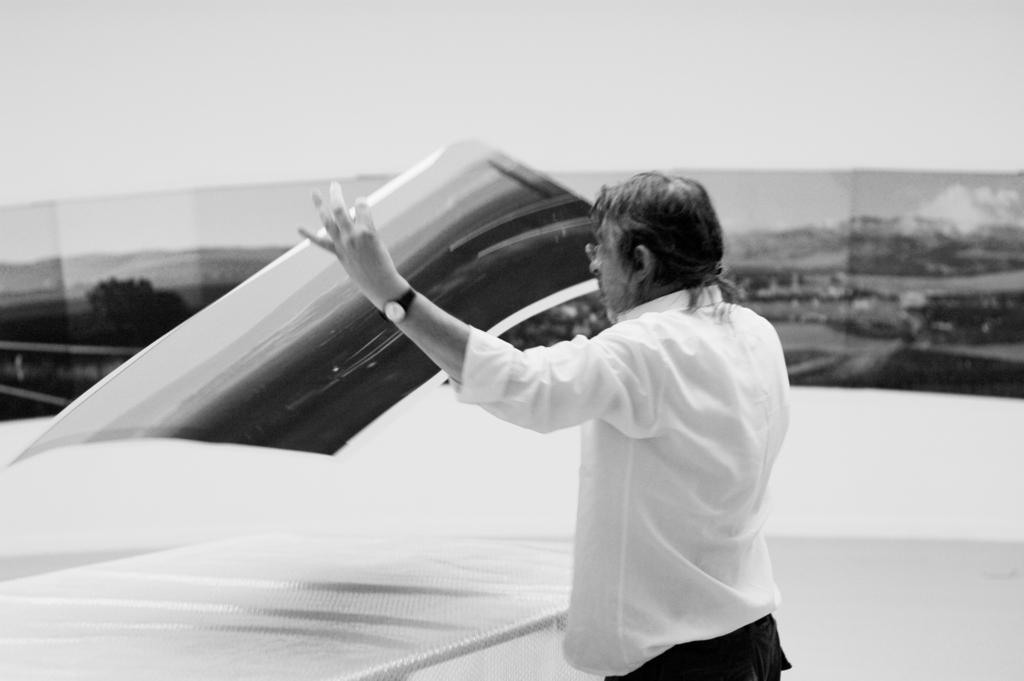 Luc Deleu (°1944) calls Antwerp his home. In 1970, just after having graduated from his architectural studies, he founds the T.O.P. office (Turn-On Planning office) in Antwerp as an interdisciplinary urban planning company. That same year, Deleu also hold his first solo exhibition: Luc Deleu says goodbye to architecture for new horizons in the self-curated Antwerp Vacuüm gallery. To date, he has given up neither architecture nor art, seeing them both as closely related manifestations of thought: ‘I am an artist, because I am an architect.'

The T.O.P. office has always been radically focused on increasing opportunities for social reflection and has done this in a plethora of different ways. Deleu is a powerful presence on the Flemish and Belgian architectural scene, famous for his heated confrontations with the Belgian Architects Association, and for his recalcitrant perspectives that have influenced generations of architectural students, among which include ‘design research’, an idea that currently enjoys enormous sway and which he devised himself. Published in 1980, the ‘Orbanistisch Manifest’ [Manifesto to the World] represents the pinnacle of his ability for critical discourse, advocating that the rationale underlying urban planning be expanded worldwide.

Deleu's radical visual proposals take shape as plans or scale models, as well as in concrete actions, such as exercises in scale and perspective or container constructions. Many of the radical depictions, but also the arrangement of public architectural-planning presentations and socio-urban spaces for reflection materialise within the visual artistic space, distributed and safeguarded therein as well.

> Ensemble: For The City and the World.