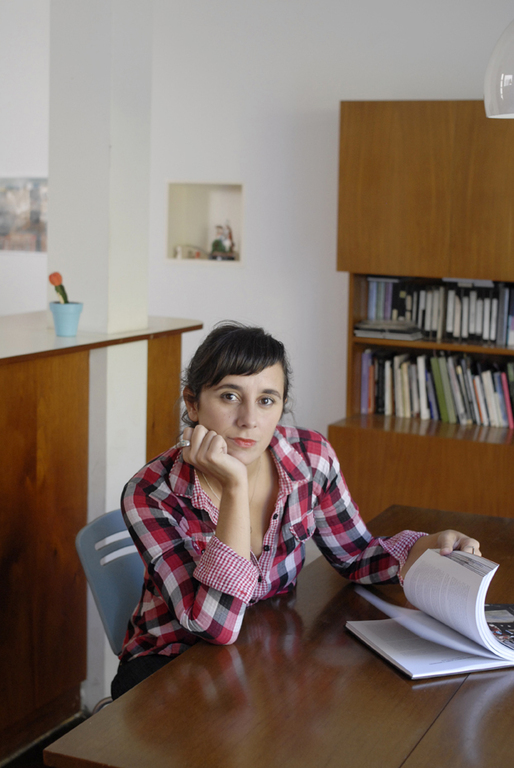 Leticia Obeid studied painting at the School of Arts at the National University of Córdoba. She received a grant of Antorchas Foundation between 2003 and 2005 for training in the area of video. Artist-in-residence at Atlantic Center for the Arts, USA (2001), Cite International des Arts, Paris ( 2007) and Casa Vecina, Mexico (2011). Her work has been exhibited in numerous shows and screenings in Argentina and abroad, including: Doubles, Muac, Mexico (2014), the 2013 Braque Prize; The Right to the City, 2013 the Klemm Prize 2012; The Life of Others, Akbank Art Center, Istanbul (2013); Hungry City, Kunstraum Kreuzberg / Bethanien, Berlin; Buenos Aires, Stories from the Street, Kunstverein Wolfsburg, Germany, 2011; 54th Venice Biennial (2011);   Economia Picasso, Picasso Museum, Barcelona (2011); Menos Tiempo que Lugar (Less Time than Place) on the Bicentennial of Latin-American Independence, organized by Goethe Institut, traveling exhibition in different capitals of South-America 2010-2011; 6th Mercosul Biennial, Porto Alegre ( 2007); Instants Numériques videos et poétiques, La Compagnie, Marseille, France and others.