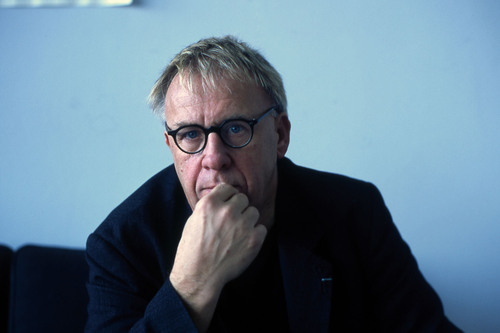 Joseph Kosuth was born in 1945, in Toledo, Ohio. In 1965 Kosuth moved to New York to attend the School of Visual Arts; he would later join the faculty. In 1966, he worked closely on projects with private dealer and curator Seth Siegelaub, along with the artists Carl Andre, Robert Barry, Douglas Huebler, and Lawrence Weiner, in which what is now known as "Conceptual Art". In 1969 Kosuth held his first solo exhibition at Leo Castelli Gallery, New York and in the same year became the American editor of the journal Art and Language.

From 1971-1972 he studied anthropology and philosophy at the New School for Social Research, New York. The philosophy of Ludwig Wittgenstein, among others, influenced the development of his art from the late sixties to mid-seventies. Kosuth's work has consistently explored the production and role of language and meaning within art. His nearly forty year inquiry into the relation of language to art has taken the form of installations, museum exhibitions, public commissions and publications throughout Europe, the Americas and Asia, including Documenta V, VI, VII and IX (1972, 1978, 1982, 1992) and the Biennale di Venezia in 1976, 1993 and 1999. Most recently, he exhibited Il Linguaggio dell'Equilibrio / The Language of Equilibrium at the Monastic Headquarters of the Mekhitarian Order on the island of San Lazzaro degli Armeni, Venice. This was presented concurrently with the 2007 Biennale di Venezia. 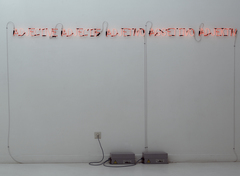