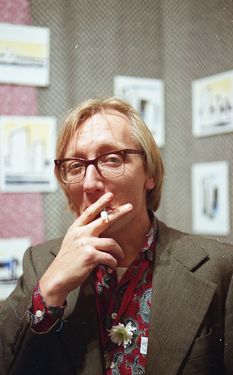 Born in Avelgem (BE), died in Antwerpen (BE).

Journalist, essayist, painter, performer, conceptual artist and lots more, Jef Lambrecht is known to a wider public mainly as a radio presenter and  through of his books on the Middle East, but has over the years produced a significant body of artistic work. His estate now serves as an archival case study at the CKV center for Art Archives Flanders.

Typical for his oeuvre is the use of recuperated materials; the fluid and fleeting character of his interventions and collaborations with other artists under various guises and all but imaginary institutions – a reinterpretation of the 'white art’ of the Dutch  Provo scene and the ’68 generation; material being used freely by various players, giving power to the imagination: Original being imaginary.

Jef Lambrecht combines found material on a personal level and creates unexpected connections. His penchant for repetitions, the endlessly reproducible image, but also time and location are important: Combining historical investigations with contemporary snapshots, everything becomes relative, spiced with humorous distain and individuality. Large gestures and miniscule observations, all formats are legitimate and every intervention has multiple layers.

Best known to an artistic crowd are the exploits of the “Belgian Institute for World Affairs” founded by Jef Lambrecht and Karel Schoetens in 1982, and which declared Belgium as artwork, as well as a memorable raft-trip from Amsterdam to Antwerp with Anti-Smoke Magician Robert Jasper Grootveld.

Aside from numerous books on the Middle East and his artistic interventions, Jef Lambrecht was also a prolific essayist and art critic, writing catalog texts and participating in the production of various documentaries for television. 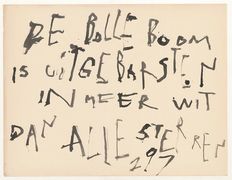 Back from paradise -LdL 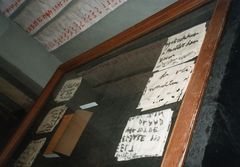 .
Exhibition and presentation of a bookwork by Ronmbouts-Droste (AZART / AWAWA) bij Camille von Scholz  with performances by Jef Lambrecht. "La 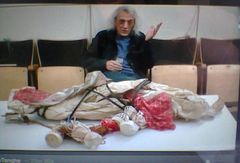 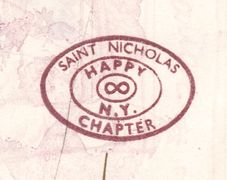 Launched on the 8th of March 1989, this monthly flyer was conceived to be a shared information channel, with various editors and themes... it 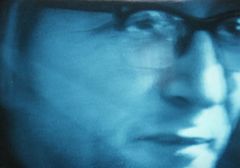